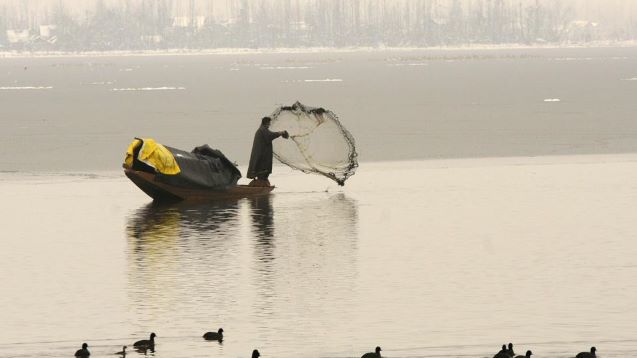 A top Pakistani minister and a close aide of Prime Minister Imran Khan said on Saturday that Islamabad had shown “weakness” on Kashmir, contradicting his government’s claim that it has “succeeded” in internationalising the issue.

Railways Minister Sheikh Rashid said the ruling Pakistan Tehreek-i-Insaf government will hold rallies in the country till February 5 to express solidarity with the Kashmiri people.

“I think so far we have shown weakness on the Kashmir issue. I have spoken (on it) in the Cabinet meetings,” Rashid told reporters.

“J&K dispute must be resolved in accordance with relevant UN Security Council resolutions & the will of the Kashmiri people. We will continue to provide moral, political and diplomatic support to the Kashmiri people…,” Khan said in tweet on Thursday.

“An internationally recognised dispute, J&K remains on the Security Council’s agenda & its consideration by the Council reflects a recognition of the seriousness of the prevailing situation,” he said.

In a special address to the nation in August last year, Khan said that Islamabad’s Kashmir policy was at a “decisive” point and his government had succeeded in internationalising the issue of Kashmir.

“We have succeeded in internationalising the issue of Kashmir, we talked to world leaders and embassies. The UN for the first time since 1965, convened a meeting on Kashmir issue. Even international media has picked it up,” Khan had said.

On Friday, Khan chaired a meeting on the situation in Kashmir, which was attended by Chief of Army Staff General Qamar Javed Bajwa, Director General of Inter-Services Intelligence Lt Gen Faiz Hamid, Foreign Secretary Sohail Mehmood and other senior military and civilian officials.

They discussed the preparations for the Kashmir Day observed on February 5 every year to express solidarity with the Kashmiris.

This year’s Kashmir Day would have added significance as it would be the first such observance after India’s August 5 decision to revoke the special status of Jammu and Kashmir and bifurcate it into two Union Territories, evoking strong reactions from Islamabad.

India has defended the move, saying the special status provisions only gave rise to terrorism in Jammu and Kashmir.

“The country took the decision of abrogation of Article 370, which had only given separatism and terrorism to that state,” Prime Minister Narendra Modi said at a function in October last year.

Earlier in December, minister Rashid had said that the opening of the historic Kartarpur Corridor was the brainchild of Pakistan Army chief General Bajwa, contradicting his government’s assertion that the idea behind the initiative was of Prime Minister Khan.

Rashid, a known motormouth, said the corridor will hurt India for ever.

“India will remember forever the kind of wound inflicted on it by Gen Bajwa by opening Kartarpur corridor,” he had said. __Hindustan Times