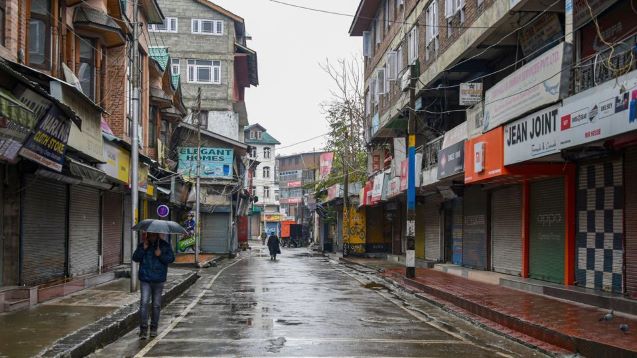 SRINAGAR: The Jammu and Kashmir administration on Friday revoked the stringent Public Safety Act against 26 people who are lodged in various jails in the newly carved out union territories.

This is seen as an attempt by the union territory administration to ease the situation in the region.

These people were picked up and booked under the PSA after the Centre’s decision on August 5 last year to revoke special status of the erstwhile state of Jammu and Kashmir and bifurcate it into two union territories.

In December last year, five politicians, including a former state minister and three former legislators, were released by the state administration.

Officials familiar with the matter indicated that this was the beginning of process of the release other political leaders held in preventive detention. “Since things have been peaceful, the process of release of leaders has begun. In coming days more leaders will be released,” said a senior official in Srinagar who asked not to be named.

The government invoked the Public Safety Act on Farooq Abdullah and declared his Gupkar residence as a subsidiary jail. NC vice-president Omar Abdullah is detained at Hari Niwas, a short distance from his house. Mehbooba Mufti, who was placed under detention and lodged in a hut at Chesma Shahi, was shifted to a guest house of the estates department in the heart of Srinagar.__Hindustan Times