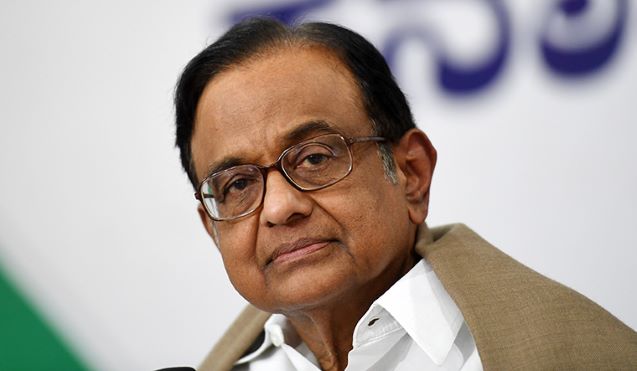 NEW DELHI – Senior Congress leader and former Home Minister P Chidambaram on Monday slammed the Bharatiya Janata Party-led Central government saying that a ‘deceptive calm’ has been enforced in Jammu and Kashmir after the revocation of special status to the erstwhile state.

In an interview to New Delhi based news and analysis portal The Wire, Chidambaram said “We have practically lost Kashmir,”

Appearing on the National Security Conversations show hosted by Happymon Jacob, the senior Congress leader argued that by carrying out fundamental changes in the (erstwhile) state of Jammu and Kashmir, the BJP government has committed ‘constitutional desecration’.

He also decried the manner in which the government of India has treated the people of Kashmir: “No democratic country can keep an entire population under siege.” Chidambaram sharply criticised the BJP government’s Kashmir policy, saying that “it looks at the entire 7.5 million people in Kashmir as militants, as anti-nationals, as pro-Pakistanis”.

The government’s claims about the calm in the Kashmir Valley today, he stated, is nothing but a ‘deceptive calm’. All that the government has managed to do is to “put a lid on a volcano” by sending troops to Kashmir, Chidambaram said.

“The 2010 agitation in the Valley and the killing of over 100 Kashmiris was a major wake up call for the government of India, which realised that it had to change its strategy to stabilise the Valley,” he said.

Increasing engagement with the Kashmiris and sending a team of interlocutors to Kashmir were part of that approach, he said. New Delhi also pulled up the J&K government then headed by Omar Abdullah through an unprecedented resolution adopted by the Cabinet Committee on Security to ensure that there were no further civilian casualties.

The BJP, according to Chidambaram, continued with this policy of engagement till 2015 before becoming more militaristic and less accommodative.

Chidambaram agreed that the UPA government should have implemented the various measures suggested by the interlocutors’ report on J&K, which would have improved the situation in the state. “My only regret is,” he said, “that we didn’t implement the interlocutors report” because “there was not enough political will within the government” to do so.

The former minister also admitted that all governments have made mistakes in Kashmir including those led by the Congress party.

Chidambaram recommended that the first step to resolving the Kashmir issue is to engage the people there in a dialogue. If other parts of the country can have special provisions, Jammu and Kashmir, which acceded to India on the basis of an autonomy promise, could also have a modicum of autonomy, the former minister said.

Chidambaram said that while he was still part of the UPA government, he had advocated for a more humane law in place of the armed forces special powers act, but there was a lack of consensus within the UPA government on removing AFSPA from J&K.

On the issue of talking to Pakistan, Chidambaram argued that while Pakistan is a trouble-maker in Kashmir, it is still important to engage in a bilateral dialogue. With regard to the Kashmir backchannel that had discreetly negotiated a deal to resolve the contentious bilateral issue during the 2004-2007 period, Chidambaram said that he did not think it would be possible to have soft borders between India and Pakistan in Kashmir.