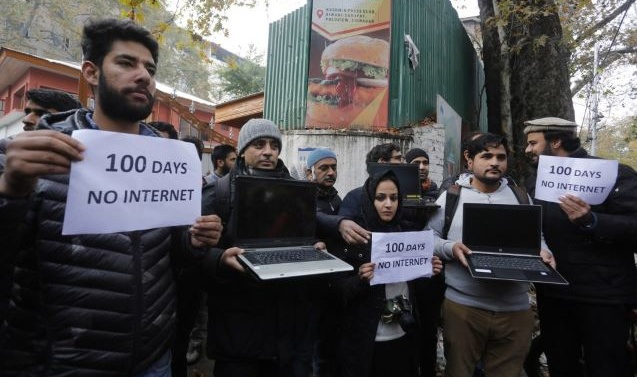 SRINAGAR – Several associations of working journalists in Kashmir Valley decided to organize a peaceful sit-in on January 6 against the ongoing internet gag.

A meeting of several associations of working journalists in Kashmir Valley was convened at Press Club of Kashmir where in ongoing situation faced by journalists and media outlets were discussed.

At the occasion journalists expressed deep concern over the continuous internet gag which has taken heavy toll over journalists and media outlets.

It was decided that on January 6, 2020 an awareness seminar will be organized at Press Club of Kashmir followed by peaceful sit-in program at 1:30 pm by media fraternity in the premises of Press Club.__Kashmir Observer