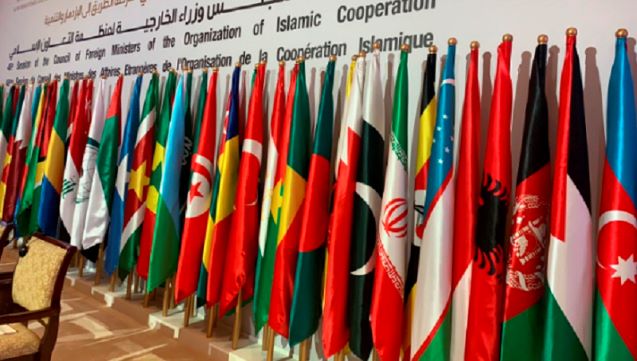 NEW DELHI – The Organisation of Islamic Cooperation will convene a special meeting in Islamabad in April 2020 to discuss situation in Kashmir and the controversial anti-Muslim Citizenship Amendment Act in India. Media reports here however suggested on Monday that New Delhi has achieved a breakthrough as the Ministry of External Affairs has managed to have the OIC downgrade the level of participation for the meeting.

Earlier, Pakistani media had reported that the meeting would take place at the foreign ministers’ level but according to ‘India Today’ hectic negotiations led to the decision that only parliamentarians of member nations would participate at the meeting.

Experts believe, the development to convene the OIC meeting, is a trade-off by Saudi Arabia after Pakistan skipped the Kuala Lumpur Islamic summit following strong reservations from the Saudi Arabia and UAE.

While Malaysian Prime Minister Mahathir Mohamad has been supporting Islamabad on all issues against India, Islamabad, a key mover of the summit had backed out of the Kuala Lumpur summit at the behest of Riyadh.

Earlier, Saudi Arabia had not denounced the abrogation of special-status of Kashmir by the BJP government and the continuous communication clampdown and seize of Kashmiris for nearly five months now. Also, the OIC had been dysfunctional in ensuring the protection of the rights of the Muslims in non-Arab states.

The #KSA #Saudi plan to call a conference on #Kashmir issue for #Pakistan is yet another #hypocritical #diplomatic drama by #Arabs & #SaudiArabia to appease Pakistan. The Organization has done NOTHING for #Palestinians; nothing #substantive can be expected by @OIC_OCI on Kashmir. wrote Syed Hussain, Ph.D on Twitter

Indian Foreign Office has refused to comment on the reports until the meeting was officially announced by the OIC. Indian analyst believes the OIC Convention on Kashmir issue is a setback for India’s external affairs ministry who have been endeavoring to improve ties with the Arab world.

Pakistan was left despondent when UAE had invited India’s external affairs minister to a meeting of foreign ministers of the OIC, without considering the opinion of Pakistan, a founder member of the OIC.

Indian diplomats assert that Saudi Arabia’s announcement for an OIC convention on Kashmir issue stems out more from its fear of losing the lead of the Islamic nation following the alliance of Malaysia, Turkey and Iran’s attempt to form a parallel bloc than to dissent India on Kashmir issue and CAA.

“The bargain is clear: Saudi Arabia leads OIC nations to showcase its control of the Islamic world while allowing its members to use the forum to attack their rivals,” The Hindu quoted India’s former Ambassador to KSA, Oman and the UAE, Talmiz Ahmed as saying.

Adding that, “While OIC resolutions mean very little in real terms, Pakistan wants to use the forum against India.” In that sense, agreeing to an OIC foreign minister’s meeting would be part of a deal where Pakistan reaffirmed Saudi Arabia’s dominance and refused to travel to Malaysia in exchange.__Kashmir Observer