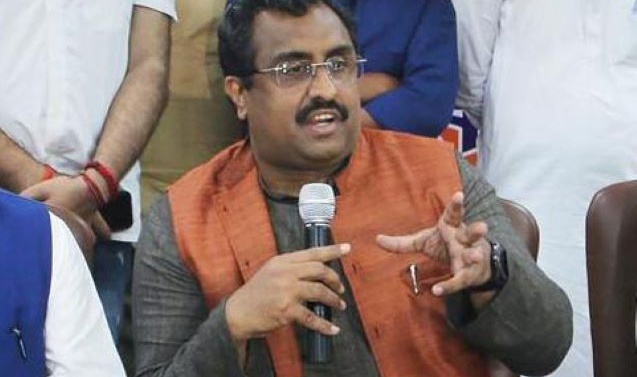 JAMMU – BJP national general secretary Ram Madhav on Friday sought to assure the people of Jammu and Kashmir that the statehood of the new Union territory will be restored before soon.

Maintaining that there were only 30 to 32 prominent political leaders and less than 100 people overall are under preventive detention now in the Union territory, he said they too would be released “in phased manner” to pave way “for the restoration of full political activity” in the UT as per the BJP and Centre’s commitment to it.

“The BJP is in favour of granting statehood to the J&K as early as conditions permit,” he said in a reply to question over the issue.

Madhav also said the rights of local people will be preserved in the region as promised by Union Home Minister Amit Shah in his statement.

On a question on the proposed delimitation in the UT, he said it would be taken up soon after the formation of a committee for the purpose by the ministry of home affairs early next year.

They all will be released in a phased manner to restore full political activity in the Union territory, a step favoured by both the Union government and the BJP, he said.

The BJP leader also said the internet service, which has already been restored in Kargil and Leh in the UT of Ladakh, will soon be restored in Jammu and Kashmir regions.

The senior BJP leader also claimed the people in J&K have “welcomed the bold step to remove Article 370 & 35 (A) and other major decisions with cheers”.

“The whole region of J&K has remained most peaceful in these five months with civilian casualties reduced to almost nil. There have also been lesser incidents of stone-pelting this year, giving impression of a modified mindset of the youths,” he said.

In response to a question on Pakistan-occupied-Kashmir, Madhav said “PoK is an integral part of India” and the neighbouring country “cannot change its legal status”.

Talking of pakistan army’s cross-border activities, he said “our forces are fully equipped at the border and acting as per necessity”.

Extending his New Year greetings to everyone in J&K, Madhav stressed that this year was very eventful for the people of Jammu & Kashmir and Ladakh.

He said he met many delegations of prominent people and students in J&K.

“All were hopeful of a bright future ahead and wanted to contribute in formation of a greater Jammu & Kashmir. I also witnessed a football camp which gave an impression that the youths of Kashmir want to excel in sports and we will certainly work to fulfil their aspirations,” he said.__Kashmir Observer