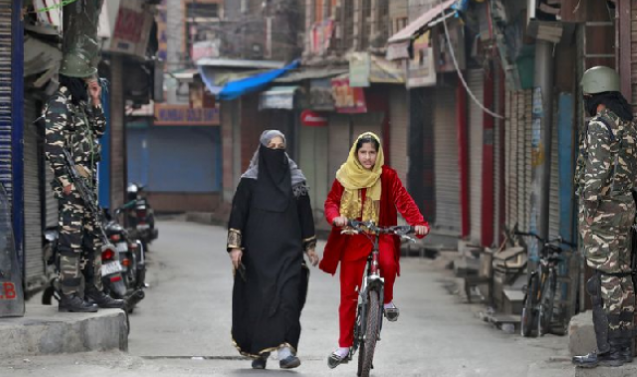 In wake of Islamabad’s withdrawal from the Kuala Lumpur summit earlier this month, there was speculation that Pakistan had turned its back on countries which had backed its stance on Kashmir.

However, policy and security experts are of the view that certain elements, with vested interests, are spreading rumours regarding the handling of the Kashmir crisis.

They urged the government to play a proactive role in countering the propaganda with the army chief also recently stating that there will never be a compromise on Kashmir whatever the cost, which has sent across a very positive message.

This was suggested by participants of the fifth meeting of a working group on Kashmir, formed by the Institute of Policy Studies (IPS) in Islamabad, to discuss latest developments in Indian Occupied Kashmir (IoK) after August 5, 2019.

The participants of the meeting were of the view that Pakistan has a major asset in the form of a national consensus on Kashmir and that all sections of society, including ulema, should be engaged to further mobilise public opinion on the issue.

For this purpose, a well-thought-out narrative should be formulated after holding discussions with the relevant stakeholders. Thereafter, it should be promoted globally through all available channels such as embassies, media, etc.

The speakers stated that experts of Islamic jurisprudence should be engaged to discuss the Islamic viewpoint regarding the Kashmir dispute and the occupation by India.

Panellists said that the conditions in Kashmir after August 5, when New Delhi revoked the special constitutional status for the disputed Himalayan territory, presents an opening for stakeholders to mobilise people through rallies, art exhibitions, conferences, etc.

This is also an ideal situation for political and religious parties, students, civil society and social media to come together and devise a plan of action. This should be in the form of a two-pronged strategy, domestic and international, and needs to be long-term, they suggested.

Further, the speakers said that they have had to navigate through faulty global governance structures to convey their concerns over Kashmir, noting that it serves the interests of the powerful.

To be able to generate interest over Kashmir, there is a need for innovation, creativity and hard work while all stakeholders have to work in their respective domains in this regard.

The speakers said that the Kashmir situation can be classified under six domains: Psychological or humanitarian, for which international media can be urged to further highlight the issue while substantive relationships should be developed with international non-governmental organisations (NGOs) and human rights organizations so that they generate reports regularly.

Efforts should be made on the diplomatic front, for which there is a need to synergise and mobilise other stakeholders of society such as youth, media, NGOs, think tanks, academia to reinforce the work that Track-I does on diplomacy.

On the political front, there is growing polarization between Muslims and Hindus in India which should be seen as a strategic opportunity which can be exploited. In the social sphere, the Kashmir Committee needs to develop close relationships with media, think tanks and academia.

On the strategic end, viable options need to be developed while many international avenues need to be explored and utilised on the legal end.

Giving examples of legal avenues, the speakers said recently the International Criminal Court (ICC) announced to probe war crimes committed by Israel in the Palestinian territories. The tribunal decided to skip the statehood dispute for the time being to proceed with investigations.

They said this case can serve as a precedent for Indian Occupied Kashmir (IoK) as both situations are very similar. Pakistan’s foreign office and legal experts should work on this aspect and the AJK government can represent IoK at the international forum.

Another example, they said, is the Rohingya genocide case against Myanmar filed by the Gambia at the International Court of Justice in The Hague.

Furthermore, they pointed out that there are at least four UN resolutions which allow armed struggle against occupation forces, they added.__Tribune.com