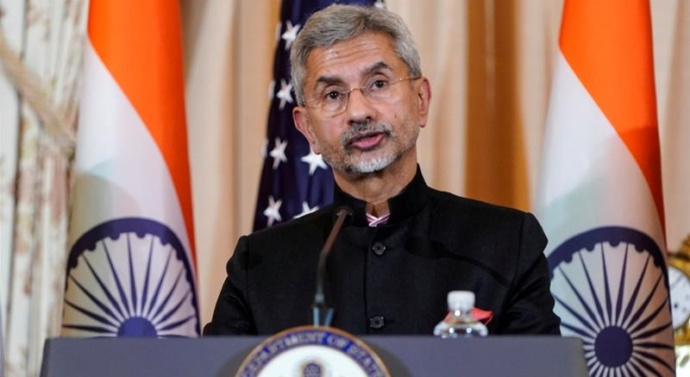 India’s foreign minister has “abruptly cancelled” a meeting with senior United States Congress legislators after his demand to exclude a congresswoman critical of India over Kashmir was rejected, according to a report.
Citing congressional aides, The Washington Post on Friday reported that Subrahmanyam Jaishankar was scheduled to meet members of the US Congress Foreign Affairs Committee, which included Democratic leader Pramila Jayapal.
In August, Indian Prime Minister Narendra Modi’s government shut down the internet and phone lines and flooded Indian-administered Kashmir with security forces after it withdrew the autonomy of India’s only Muslim-majority region.
The Post said Jayapal is sponsoring a resolution, urging India to lift its communications and internet restrictions in Indian-administered Kashmir and preserve religious freedom.
The report said Jaishankar asked to exclude Jayapal from the group if he was to meet the committee, but chairman Eliot L Engel refused. The Indian official then pulled out.
“The cancellation of this meeting was deeply disturbing. It only furthers the idea that the Indian government is not willing to listen to any dissent at all,” Jayapal posted on Twitter.
According to the report, Jayapal had planned to advance her resolution on Kashmir but was urged to wait until she met Jaishankar. She now plans to renew her push in January, the report said.
The US Congress is considering a bill that would press India to end all communications restrictions in Kashmir and release hundreds taken into detention since August.
Jaishankar on Friday told the Indian news agency, ANI, that the Post’s report on his refusal to meet Jayapal was “unfair” on Kashmir.
“I don’t think it [the report] is a fair understanding of the situation in Jammu and Kashmir or a fair characterisation of what the government of India is doing,” he told ANI.
“I have no interest in meeting her.” The Indian official was in the US for what has been referred to as the “2+2” talks, India being one of only three countries to hold such talks between foreign policy and defence chiefs of the two nations.
But the talks came as India faces growing criticism over a sharp turn into Hindu nationalism by Modi, bolstered by a convincing re-election win earlier this year.
Jaishankar’s trip to Washington came as nationwide protests rage in India over the Citizenship Amendment Act, a law passed last week that gives migrants fleeing persecution from neighbouring Afghanistan, Pakistan and Bangladesh an easier path to citizenship, except Muslims are excluded.
At least nine people have been killed in the continuing protests that have often turned violent.
The citizenship law “adds a whole level of complexity to India as a secular democracy – one of the great prides of the country,” Jayapal told The Post.