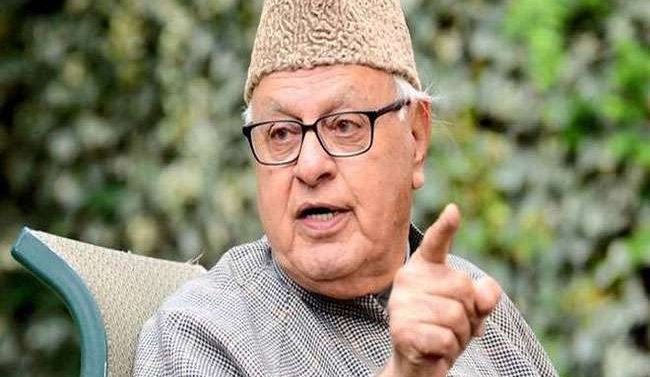 Srinagar: National Conference leader Farooq Abdullah’s detention under the stringent Public Safety Act or PSA has been extended by three months. The three-term chief minister of Jammu and Kashmir will continue to remain at his house in Srinagar that has been declared a sub-jail.
The National Conference termed “most unfortunate” and “undemocratic” the extension of Farooq Abdullah’s detention.
“It is the most unfortunate thing to happen,” National Conference provincial president Devender Singh Rana told PTI today.
“The imposition of PSA on Abdullah is itself a major setback to the mainstream politics of Jammu and Kashmir because he has always stood by the nation and its values,” he said.
Farooq Abdullah has been under detention since August 5, when the central government announced the end of special status to Jammu and Kashmir under Article 370 and split the state into two union territories.
Earlier this month, in a letter, Mr Abdullah criticised the centre for not allowing him to attend the winter session of parliament that concluded yesterday. The letter was shared by Congress MP Shashi Tharoor.
“Thank you for your letter on 21st October 2019 which has been delivered to me today by my magistrate who looks after me while I am in the sub-jail,” Mr Abdullah had said in the letter. “It is most unfortunate that they are not able to deliver me my post in time. I am sure this is not the way to treat a senior Member of the Parliament and leader of a political party. We are not criminals,” the National Conference chief said.