Home / Kashmir / Kashmir and Balochistan: Will Pakistan own up to rights abuses? 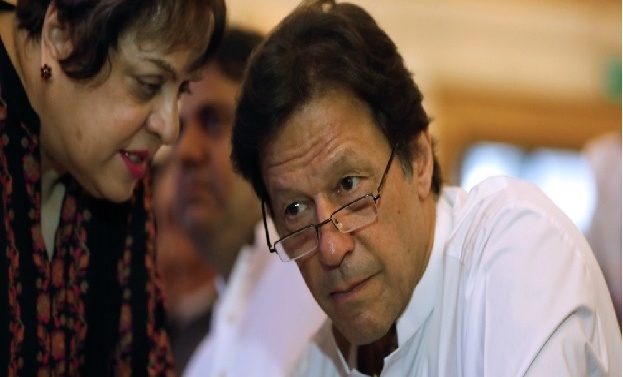 We challenge Pakistan’s human rights minister on alleged government abuses and the treatment of religious minorities.
The Pakistani government’s support for internationally designated terrorist groups came under scrutiny earlier this year when the Pakistan-based group Jaish-e-Muhammad (JeM) claimed responsibility for a suicide attack that killed 40 Indian soldiers in Pulwama in Indian-administered Kashmir in February.
Pakistan has long been accused of supporting violent groups like JeM, but the country’s Human Rights Minister Shireen Mazari says that was in the past.
“Yes, in the past, we have backed some freedom fighters, and we had bad groups supporting those freedom fighters, that was a long time ago,” she said.
The Paris-based watchdog, the Financial Action Taskforce (FATF), said Pakistan is still helping to fund groups like JeM, and that it is not doing enough to curb terrorism. Though the watchdog says Pakistan has only addressed five of its recommended 27 “action items”, Mazari says Pakistan is complying with FATF demands.
“Our government is not only compliant, we are supporting, we are trying to improve our sort of structures … we are cooperating with them.”
Mazari also defended Pakistan’s record in Balochistan. The government is accused of abducting and killing tens of thousands of people there throughout a decades-long rebellion. She conceded there were cases of enforced disappearances, but said the government was dealing with the issue.
“We have now prepared a bill against enforced disappearances. We have a commission which is focusing on checking out enforced disappearances … anybody can complain, and if there is a problem, it will be dealt with, within the law of the land,” Mazari said.
Mazari also defended Pakistan’s treatment of religious minorities. Critics say Pakistan’s blasphemy laws, which carry the death sentence for anyone who insults Islam, have been used to persecute members of minority faiths.
“Coming now to the non-Muslims citizens, yes, there have been problems. But now the Supreme Court has set a very good precedent that false accusations on blasphemy charges will be punishable and those who do it will be punished,” Mazari said.
This week’s Headliner, Pakistani Minister for Human Rights Shireen Mazari.