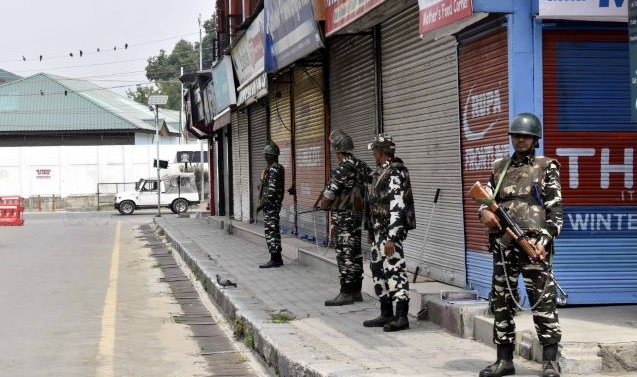 NEW DELHI – Japan on Sunday said it looked at the situation in Kashmir “very carefully” and hoped that a peaceful resolution to the issue will be found through dialogue.

The comments by a spokesperson of the Japanese Foreign Ministry came a day after India and Japan held their first foreign and defence ministerial dialogue under a new framework to further broadbase strategic ties.

“I do not remember the ministers going into the detailed discussion on the specific issue,” Deputy Press Secretary in Japan’s Ministry of Foreign Affairs Atsushi Kaifu told reporters when asked whether the Kashmir issue figured in the talks.

“But at the same time, I can say we looked at the situation there very carefully. We are aware of the long-standing differences of views with regard to Kashmir. We hope a peaceful resolution will be found through dialogue,” he said.__Kashmir Observer