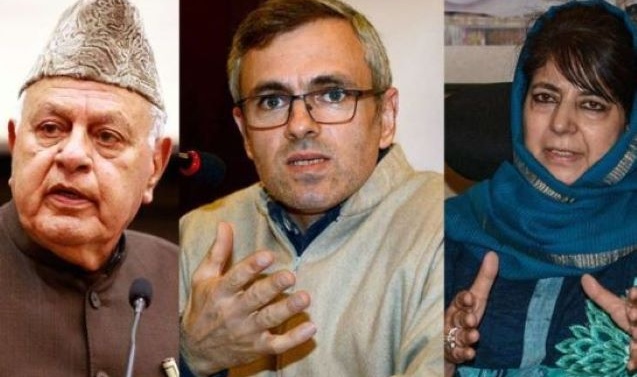 SRINAGAR – BJP”s J&K in-charge Avinash Rai Khanna on Friday said that no decision has been taken about the release of three former chief ministers of J&K who were detained after the revocation of Article 370 in Kashmir.

“Nothing has been decided on the release of former chief ministers. The administration will take a call whether to release them or not and when,” Khanna told IANS in an interview. “Some have cases against them in the court.”

About the issue of delimitation of the assembly segments in Jammu and Kashmir he said it is up to Lt Governor G.C. Murmu to start the process.

“We have completed, booth, mandal and district level elections in Jammu and then the same will be done in Kashmir,” Khanna said.

He said during his three-day trip to Kashmir in connection with Khelo Kashmir where he met several delegations including doctors, lawyers, contractual employees and labourers.

About the Internet blockade, he said, he saw first hand the difficulties faced by the mediapersons and will take up the matter with the higher authorities.

“We will try and restore the Internet soon, I will take up this matter”, he said.

Khanna promoted ”Khelo India” the first major sports event in Kashmir after the abrogation of Article 370 in which students from different districts took part at the Indoor Stadium in Srinagar.

He said the event was a success and more than 700 children took part in the sports activities.