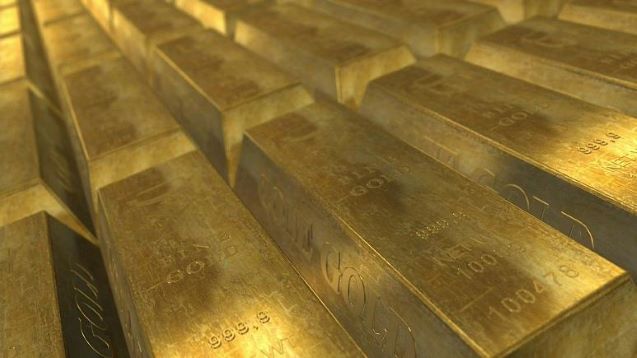 Prosecutors and police raided the picturesque Pension Enzian in St. Jakob, near the Italian border, as part of an inquiry into disgraced former leader Heinz-Christian Strache, who was the country’s Vice-Chancellor in an ill-fated coalition that collapsed in May.

FPÖ says it bought the gold as an investment in the wake of the 2008 financial crisis, but Austria’s second-largest party, SPO, is demanding answers.

“The possible suspicion of money-laundering must be fully investigated,” SPO leader Pamela Rendi-Wagner told Euronews. “We will use the necessary parliamentary instruments.”

The current FPÖ leadership needs to provide an explanation, she said.

However, the far-right party is dismissing the discovery as “a storm in a glass of water” and claims that investing in gold is “a sensible and economically comprehensible” investment during the banking crisis.

“I guess it would have been better to invest in a savings account with a collapsing bank, in falling shares or Greek bonds,” FPÖ secretary-general Christian Hafenecker joked on Twitter. “Journalists, are you really so bored?”

The FPÖ formed a 2017 coalition with the centre-right OVP, led by Sebastien Kurz. At the time, it was the only government in western Europe to include a far-right party.

However, Strache quit in May after a video emerged of him in Ibiza with a woman posing as a Russian oligarch’s niece, apparently offering to fix state contracts and explaining how to dodge party financing laws.

After the collapse of the coalition, a September election saw Kurz return as Chancellor while support for the FPÖ slumped.

Weekly magazine Profil, which first reported the gold discovery, said Pension Enzian is the registered address of an organisation called the “Freedom Education Institute” which was bought in 2012 by a consortium linked to FPÖ lawmakers in Vienna. The 3-star hotel promises on its website that guests “will be enchanted.”__EuroNews