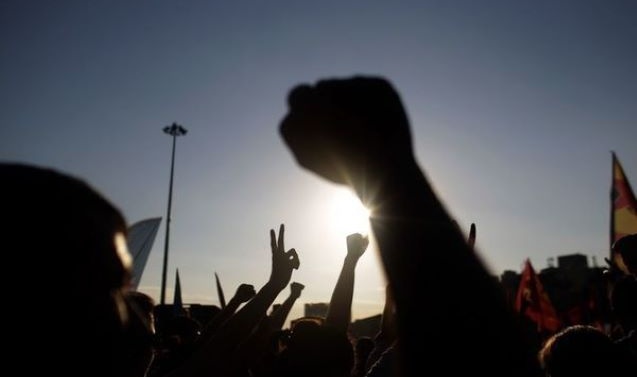 JAMMU – Activists from the National Panthers Party (NPP) and the Congress students’ wing held separate protests here on Monday demanding immediate restoration of the mobile Internet services that remained suspended across the Jammu region since August.

A group of NPP activists, led by chairman and former minister Harsh Dev Singh, assembled at the Exhibition Ground and staged a protest against the “failure” of the administration to restore mobile Internet in Jammu region.

The mobile Internet services were snapped across Jammu region on August 4, a day ahead of the Centre’s announcement of scrapping Jammu and Kashmir’s special status and bifurcating it into Union territories.

However, the broadband Internet services functioned uninterrupted in the region, where the situation remained largely peaceful post the August 5 decisions.

The low-speed service was briefly restored in five of the 10 districts of Jammu region on the intervening night of August 16-17, but suspended again a day later with authorities citing a “technical problem” as the reason and assured that the services would be restored soon.

The NPP leader dubbed the administration’s decision to impose ban on the Internet services as “arbitrary and obnoxious move” that has pushed people to stone age.

“Stalling mobile internet services had adversely impacted the normal life as broadband facility was not available everywhere. Social and economic life had also been thrown out of gear,” Singh said.

He added that the communication gag had divested the people of their fundamental right of speech and expression guaranteed under the Constitution.

Singh alleged that the continuous mobile Internet ban only corroborated the fact that the present government was “incapable of curbing the anti-national elements and the offenders of the law” in Jammu and Kashmir.

“Instead of tracking and apprehending the criminals, the BJP at the Centre ordered the complete shutdown of the Internet services,” he said, adding that the government should tighten its security network rather than “harassing the people for absurd and unjustifiable reasons”.

Separately, a group of NSUI students also staged a demonstration here and demanded immediate restoration of the mobile Internet services, claiming that the student community were facing tremendous problems due to lack of the facility.

The protesters threatened to intensify the agitation if the mobile Internet services was not restored immediately.__Kashmir Observer