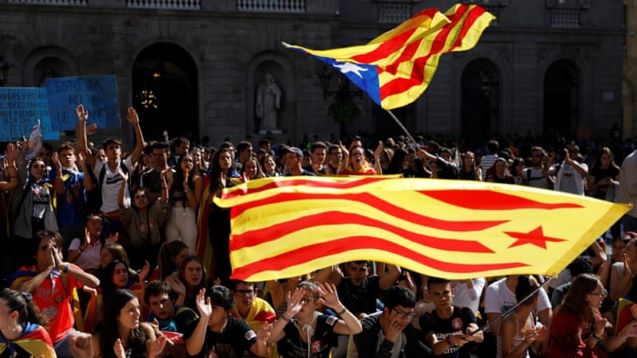 Catalonia is immersed in institutional paralysis. The Catalan Government has been unable to approve a new budget and there is no legislative activity.

Public accounts have been carried over for the past three years, since the days of Carlos Puigdemont. Since he fled the country, the Catalan Parliament has passed only 6 laws, 46 are still pending.

Pro-independence parties claim that the region is living through an exceptional situation. On the streets daily live continues, but some warn that the region’s inability to confront social challenges, is further fuelling independence sentiments.

As Santiago Alcolea told Euronews, “Independence is being called for precisely because it has been seen that there is no other option to achieve a whole series of social changes that have been systematically hindered by the central government.”

Housing and high rental prices are among the main concerns of the population. Catalonia has a poverty rate of 21%. This situation has been dragging on since the crisis and it has become chronic. Evictions due to non-payment of rent are increasingly frequent.

One 2 billion euros of investment that were lost during the economic crisis have not yet been recovered. For some analysts, the independence movement is a catalyst for social unrest

The Catalan government urgently needs to approve new budgets after the general elections, but it remains to be seen whether it will have the Parliament’s support.__EuroNews

Tunisia faced its biggest crisis in a decade of democracy on July 25 after President Kais Saied... more»

MUZAFFARABAD: According to the social media photos, reports and videos clashes have been erupted... more»

China says ties with US in stalemate, face serious difficulties

China on Monday said its relationship with the US is “now in a stalemate and faces serious... more»

The PTI has emerged victorious in the elections to the Azad Jammu and Kashmir Legislative... more»

Kashmir: PTI clinches most seats to form next govt in AJK

MUZAFFARABAD: The Pakistan Tehreek-i-Insaf (PTI) was all set to form the next government in Azad... more»

Opposition parties on Sunday slammed the PTI-led government for “rigging” in the... more»