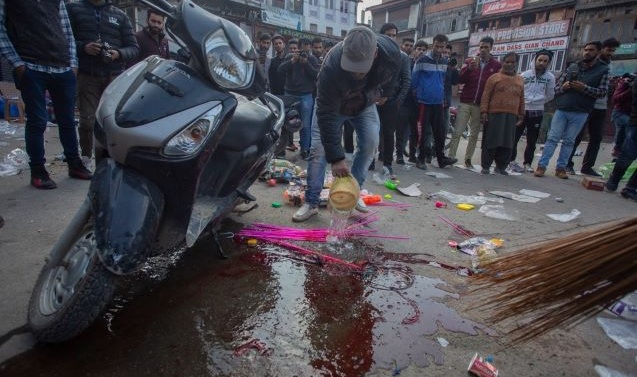 SRINAGAR – A civilian was killed and 35 others were injured in a grenade attack in a busy market area here on Monday, police said.

This is the second grenade attack in less than a month in the summer capital of what is now the union territory of Jammu and Kashmir.

The 35 injured, including three security personnel, were rushed to the nearby SMHS hospital where the condition of two is critical, officials said.

The person killed has been identified as 40-year-old Rinku Singh, a resident of Saharanpur Uttar Pradesh, they said.

The attack took place at 1.20 pm, a time the Hari Singh High Street market was crowded with people and roadside vendors.

State forces have cordoned off the area.

On October 12, five people were injured in a similar grenade attack in the area.__Kashmir Observer