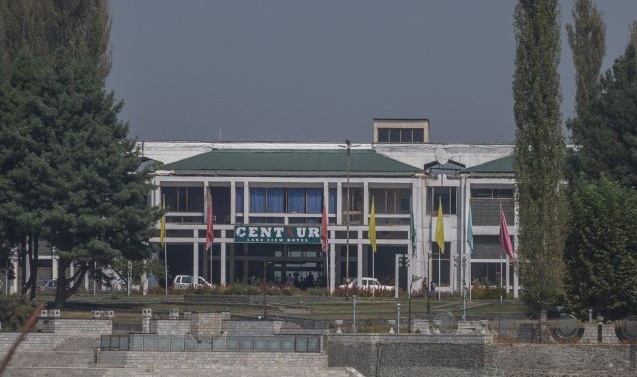 SRINAGAR – As the winter sets in, the Jammu and Kashmir administration is looking for an accommodation to shift 34 political detenues from Centaur Hotel here as it lacks proper heating arrangements, officials said.

The winter chill has already started taking a toll on the health of the detenues — National Conference, PDP and People’s Conference leaders and prominent social activists — and the security personnel guarding them.

They have been lodged at the hotel on the bank of the scenic Dal Lake since August 5 when the central government announced its decision to abrogate Jammu and Kashmir’s special status under Article 370 of the Constitution and split the state into two Union territories.

According to the officials privy to the development, Centaur Hotel, owned by the Indian Tourism Development Corporation (ITDC), has submitted a bill of Rs 2.65 crore to the home department for 90 days of boarding and lodging of the detenues.

The administration has, however, rejected the claims of Centaur Hotel and argued that the facility was converted into a subsidiary jail on August 5 and therefore, government rates would be paid.

The rates sanctioned by the administration would be around Rs 800 per day as against Rs 5,000 charged by the hotel, the officials said.

During the winter, temperature in Srinagar dips below the freezing point.

The seat of administration in the newly created Union territory has moved from Srinagar to Jammu for the winter months.

The officials said some measures would be taken soon for shifting the detenues to different locations.

The MLA hostel on Residency Road in the heart of the city could have been an alternative accommodation, but it is now occupied by former MLAs hailing from Jammu and newly elected councillors.

Unwilling to dislodge the former MLAs and councillors, the administration has started looking for a state-run or private hotel for shifting the detenues, they said.

They said talks are on with a private hotel in the high-security cantonment area, where some detenues, including Sajjad Lone of People’s Conference (PC), Ali Mohammad Sagar of National Conference (NC), Naem Akhtar of the PDP and former IAS officer Shah Faesal, could be accommodated.__Kashmir Observer