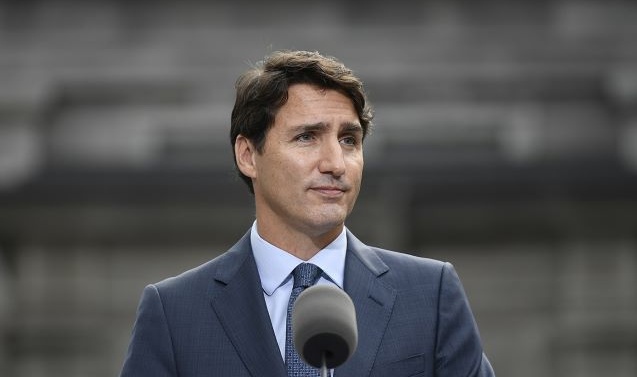 MONTREAL: Prime Minister Justin Trudeau urged Canadian voters on Monday to give his Liberal Party an absolute majority in upcoming legislative elections, saying it would help him better defend their interests. But Trudeau, speaking at an event in Windsor, Ontario a week before the elections, ruled out any reopening of the North American trade talks with US President Donald Trump, as sought by an opposition party.

The prime minister refused to say whether he might consider an eventual alliance with the left-leaning New Democratic Party (NDP) of Jagmeet Singh, should the Liberals fall short of a clear majority.

The latest opinion polls show the Liberals neck-and-neck with the Conservative Party of Andrew Scheer, with each tallying around 32 or 33 percent, leaving both leaders far from an absolute majority. Singh’s party has been a surprise in the campaign. With polls giving it close to 20 percent, it could leave Trudeau with little alternative but to seek an alliance should the Liberals fall short of 50 percent.

During his appearance in Windsor, near the US border, Trudeau noted that the NDP wanted to renegotiate the US-Mexico-Canada trade agreement — an updated version of the North American Free Trade Agreement — tentatively signed last year after arduous negotiations with Washington.

“We secured a good trade deal with our most important trading partner at a time of American protectionism and uncertainty, and all the while Andrew Scheer was saying that we had to cave,” the prime minister said.__The Nation