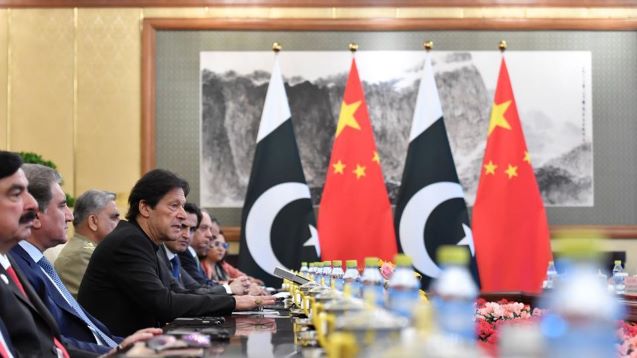 Jammu and Kashmir is an integral part of India and it is not for other countries to comment on India’s internal affairs, the foreign ministry said on Wednesday, delivering a clear message to Beijing ahead of President Xi Jinping’s visit announced by the two countries earlier in the day.

“India’s position has been consistent and clear that Jammu & Kashmir is an integral part of India. China is well aware of our position. It is not for other countries to comment on the internal affairs of India,” external affairs ministry spokesperson Raveesh Kumar said on Wednesday evening.

The formulation was a version of the government’s line on Parliament scrapping Article 370 that extended special status to Jammu and Kashmir. But it was the timing of the spokesperson’s reaction that made the message so much sharper.

It was issued in response to remarks made by Xi to Pakistan Prime Minister Imran Khan during a meeting in Beijing a few hours earlier. Xi had not only spoken of China’s “unbreakable and rock-solid” friendship with Pakistan but also declared he was following the situation in Kashmir and China would back Pakistan on issues related to its core interests.

Government sources had made it clear early in the day that New Delhi did not expect, or want Beijing to raise Kashmir or the scrapping of Article 370 at the informal summit between Xi and Prime Minister Narendra Modi on the outskirts of Chennai on Friday.

The informal summit at the seaside resort in Tamil Nadu will be completely unstructured and there will be no signing of documents or a joint communiqué. The two leaders – who are meeting for the third time this year – are expected to discuss additional confidence-building measures (CBMs) for peace and tranquillity on the border, trade and the deficit of more than $50 billion that has become a concern for India, the Indo-Pacific, reforms of the UN, and selective actions by countries that are affected global bodies such as the WTO.

It is in this spirit that government sources underscored that New Delhi wasn’t looking at Pakistan PM Imran Khan’s two-day visit to China ahead of the informal summit as “any kind of hyphenation” by India. The meeting between Modi and Xi will go “beyond a one-issue summit” and cover a swathe of bilateral, regional and global issues.__Hindustan Times