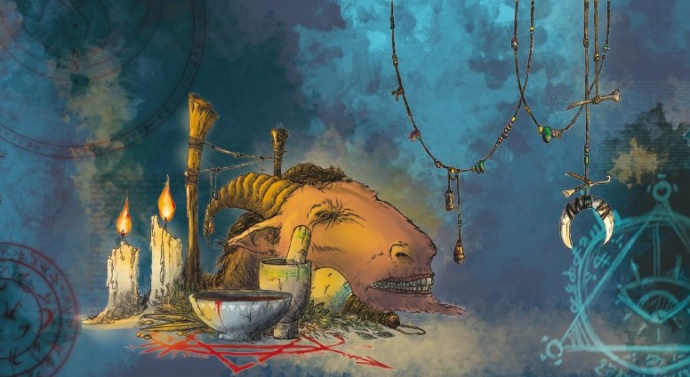 GILGIT BALTISTAN: It was about 10 pm when Nadeem Asif realised he had not trimmed his nails yet. A day earlier his teacher had strictly warned him not to come to class with uncut nails.

The seventh-grader got hold of a nail-cutter, sat in a corner of his room and started trimming his nails indoors as he feared going outside in the dark. While he tried to evade the attention of others, his younger brother spotted him doing what is considered an ‘inauspicious’ or ‘sinister’ thing to do while indoors. Nadeem was immediately reprimanded by almost every member of his family.

Trimming nails indoors is one of the many superstitions people in the landlocked region of Gilgit-Baltistan believe in. According to ancient beliefs that still prevail, the act brings miseries and misfortune to a family.

“I call it a belief which everyone should adhere to for a peaceful and prosper life,” says an old woman who has lived by the superstition strictly all her life. “We got it from our ancestors and will pass it on to our new generation.”

Just like trimming nails, women avoid combing after sunset because it ‘pleases the evil eye’ which ultimately affects them. And throwing or burning fallen hair is also considered something bad that affects the woman’s and her siblings’ health and wellbeing. Travel after sunset is discouraged especially for women to avoid the ‘shadows of malevolent forces’.

According to another superstition, a rooster that crows at around midnight are believed to invite troubles upon its owners unless it is slaughtered the next day. It is also widely believed that crossing a bridge after sunset makes a woman’s delivery easier.

Most enigmatic, perhaps, is the decades-old myth in Baltistan that glaciers can be grafted by mixing snow from two opposite glaciers presuming one is male and another female. The practice has, however, greatly decreased over the years after environmentalists stepped in the field conducting surveys of glaciers.

“John Staley wrote about this in his book ‘Words for my brother: Travels between the Hindu Kush and the Himalayas’. According to him male glaciers have clear ice and female glaciers have cloudy ice,” explained Dr Sökefeld. “He describes how a glacier above the village Minawar was planted in this way. If I remember correctly, Uzma Aslam Khan refers to this in her novel ‘Thinner than skin’ as well.”

The list of superstitions seems endless and varies from valley to valley. Even though the origin of these beliefs goes back hundreds or thousands of years, some people still get freaked out by them even in this age of science.

In a shocking event last month, five women of a family drowned in the Jaglot area – about 50 kilometres from Gilgit. According to the police’s initial investigation, the women were washing clothes on the bank of a river when one of them was swept away by water currents. The rest followed as they jumped to rescue her. All the women were uneducated and belonged to a poor family.

But back in the village, relatives blamed supernatural forces for the tragedy. “One of them had been possessed by a djinn for a long time,” a relative claimed following the tragedy. “And it is quite possible the rest of the women too fell prey to some malevolent entity.”

In yet another case that made headlines a couple of years back, a pre-schooler was allegedly abducted and murdered by ‘djinns’ in Diamer, a backward valley of Gilgit-Baltistan.

Four-year-old Ahmad had gone missing from home. Two weeks later, his mutilated body pockmarked with wounds was found dumped in a nearby forest.

Instead of registering a case with police, the relatives sought the help of exorcists who claimed the boy was possessed by a female djinn who was enamoured with him.

Islam Khan, who lives in Gilgit, says one of his relatives is settled in the UK. “He contacts me quite often to discuss his problems with me. After listening to him I take his problems to spiritual healers who, through exorcism rituals, solve them,” Islam told The Express Tribune.

“You see the results, as we start rituals the patient starts feeling the heat which is actually the evil force inside the person feeling the pain,” said Khan who is in his 40s. “Everyone can’t perform the rituals. It requires hectic efforts which one can do in isolation for at least four months.” After four months not necessarily everyone qualifies to be a spiritual healer. Only a few succeed.

Exorcist Mayoon Khan said he inherited the ‘art’ from his father. “This knowledge was transferred to us by our forefathers and we will pass it on to our kids.” Though he did not share what incantations they recite during the exorcism rituals, Mayoon explained the rites were carried out to overcome the ‘evil eye’. He also insisted on there being two types of djinns – good ones and destructive ones.

“I think many of these superstitions are on the decline especially in educated families but not completely extinct,” said a schoolteacher. “It is more in uneducated societies that also entangled with the financial crisis.”

Dr Sökefeld suggested there could be other more mundane explanations to the murder by djinn stories. “For reasons of justified fear, people might avoid attributing killings to the actual human murderer, fearing the murderer’s retaliation and wrath,” he said.

“Or they do not want to accuse a near relative of a crime. Then jinns come in handy, as an explanation. I think such stories would need much more exploration,” he added.__Tribune.com