Home / Kashmir / ‘It will be quick & dirty’: Standoff with India may spark NUCLEAR 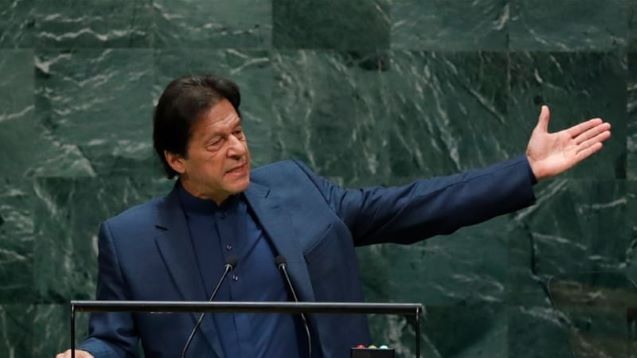 “Even a limited military conflict could evolve into a nuclear war,” Masood Khan, the president of the Pakistani-controlled part of Kashmir, was quoted as saying by RIA Novosti. Although others would unlikely be involved the confrontation, the consequences would be wide-ranging, he said.

If a war breaks out between India and Pakistan, it will be quick, dirty and deadly. It will be an Armageddon, hundreds of millions will die in South Asia, and 2.5 billion people will be affected by radiation all over the world.

Khan, Pakistan’s former envoy to the UN, then struck a milder tone, saying his country is not seeking war, but he wants to predict “a realistic scenario so that international community could intervene and pile pressure on India.”

Senior Pakistani officials ramped up the bellicose rhetoric after India stripped its Jammu and Kashmir state of its decades-old autonomy status, citing the need to quell insurgency and separatism in the Himalayan region.

Last week, Prime Minister Imran Khan warned that a “bloodbath” was brewing in the disputed territory, and hinted that weapons of mass destruction could be employed against India if war breaks out. The fiery remark met little praise in New Delhi, with government ministers and pundits accusing him of “warmongering” and “obsession with Kashmir.”

India’s justification of the Kashmir decision doesn’t sit well with Pakistan as it consistently blames its neighbor for the crackdown on the local Muslim population and infringing on its part of the disputed territory.

India and Pakistan fought two wars over Kashmir in 1947 and 1965, and have engaged in an array of smaller cross-border skirmishes, most recently this February. At the time, the nuclear-armed neighbors came disturbingly close to full-scale war, but mutual diplomatic efforts and goodwill gestures helped defuse the tensions for a while.__RT.com