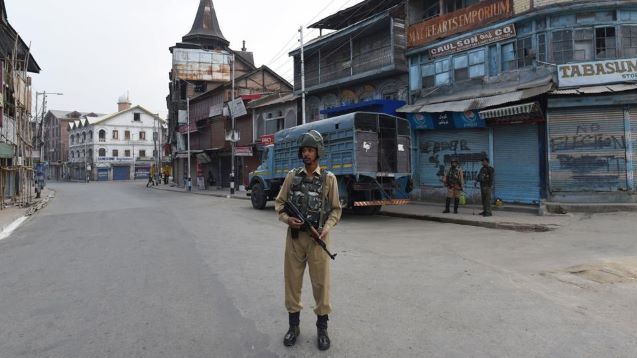 Indian-American lawmaker Pramila Jayapal along with 13 other US Congressmen have urged Prime Minister Narendra Modi to address concerns over the human rights situation in Kashmir and lift the communications blackout.

“On behalf of thousands of families across the country who have been unable to contact family in Jammu and Kashmir, we are urging Prime Minister Modi to lift the communications blackout and address the ongoing humanitarian concerns,” the lawmakers said in the joint statement.

Restrictions were imposed when New Delhi had on August 5 scrapped the state’s special status under Article 370 of the Constitution and bifurcated in into Union Territories — Jammu and Kashmir, and Ladakh.

Asserting that the abrogation of Article 370 of its Constitution to withdraw Jammu and Kashmir’s special status was its “internal matter”, India has defended imposition of restrictions in the Kashmir Valley on the grounds that they were put to prevent Pakistan from creating more mischief through proxies and terrorists.

“India is an important US partner and the world’s largest democracy. As such, we hope that the Government of India will demonstrate leadership and lift these restrictions. The people of Jammu and Kashmir deserve the same rights as any other citizen of India,” the statement said.

The joint statement, the lawmakers said, is in response to the imposition of media blackout starting August 5, leaving millions in Jammu and Kashmir without access to mobile phones or the internet while many others have been detained.

“As a result, family members in the United States and elsewhere have had no ability to contact loved ones in Jammu and Kashmir, leading to concerns about their welfare,” said the statement, the lead in which was taken by Congressman Cisneros, who is a Member of the Congressional Hispanic Caucus and an Executive Board Member of the Congressional Asian Pacific American Caucus.

The restrictions in Kashmir have been lifted in phases from many parts of the Valley as the situation improved with passage of time.

Normal life remained affected in Kashmir as main markets and other business establishments continued to remain closed for the 54th consecutive day on Friday.

Mobile services remained suspended in Kashmir except in Handwara and Kupwara areas in the north, while Internet services — across all platforms – continued to be snapped in the Valley.__Hindustan Times