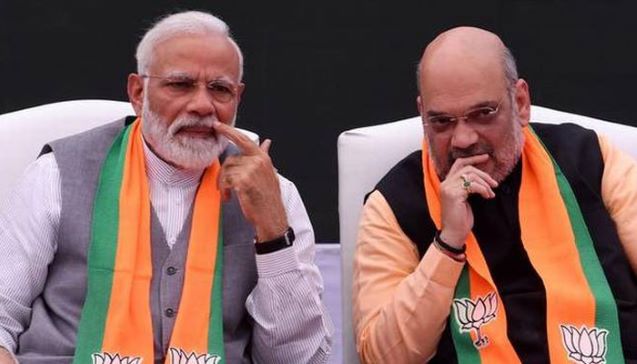 NEW DELHI: What the Narendra Modi government fears – and should fear the most – is the public reaction in occupied Kashmir. They do not want to witness a repeat of the 2016 protests in the wake of Burhan Wani’s martyrdom. Perhaps taking those fears into consideration, New Delhi resorted to stringent measures such as a communications blackout, media outage, indefinite curfew, and arrests of mainstream political leaders, including two previous chief ministers, in order to avoid violent street protests and civilian casualties in the occupied Valley.

Prime Minister Imran Khan has also, time and again, warned the world that there were widespread chances of massacre of Muslims in held Kashmir once the curfew was lifted there. One worrisome scenario could be escalation to a limited military conflict between the two nuclear neighbours. Secondly, the Modi government will require immediate and effective outreach mechanisms to address people’s concerns in the held Valley, building intra-regional confidence between occupied Jammu and Kashmir, and avoid defections in local security agencies.

Pitching for development initiatives in occupied Jammu and Kashmir, Modi has asked Union ministers to work on schemes and projects for the region, and also called for engaging with officials and students from the held state.

At the Union Council of ministers meeting, Indian Home Minister Amit Shah gave a presentation on the situation in occupied J&K. PM Narendra Modi recently said, “We want to create a paradise in [occupied] Jammu and Kashmir once again and hug every Kashmiri.” To open the way for investment in Indian Occupied Jammu & Kashmir (IOJ&K), the Modi government had announced the ‘First Jammu and Kashmir Investors’ Summit’, set to be held in Srinagar in October. However, it has been postponed now.

Maharashtra state government has announced investment plans for the IOJ&K. Businessman B K Modi has announced the setting of an Overseas Citizen of India (OCI) Investment Forum with a proposed fund size of $100 billion. As chairman of the OCI Investor Forum, Modi hoped the proposed fund size would touch $100 billion over five years with a focus on promoting global economic investment by OCIs into various business sectors in India.

As its first project, the OCI investor forum will undertake investment in the region of Kashmir to develop 100 Global Wellness Hotels in Kashmir, in sync with the government’s recent decision to fast track development in the IOJ&K. Other key sectors of investment will include healthcare, real estate and education.

Also, Abu Dhabi-based Indian billionaire BR Shetty plans to open a “film city” in the occupied Jammu and Kashmir that will cater to the country’s booming film industry and for curious visitors, the founder and chairman of BRS Group claimed. “I’ve already got land offers from Jammu and Kashmir and Ladakh, about 3,000 acres,” he told the media.

In August – during Indian Prime Minister Narendra Modi’s visit to the UAE – Shetty pledged $1 billion to Jammu and Kashmir, as well as an additional $5 million to the New India Development Fund.

On the other hand, Union Housing and Urban Affairs Ministry had sought a detailed proposal from the local administration to execute various development projects in Leh and Kargil regions. An official said the ministry was also contemplating to include these two regions under its ‘Smart City Mission’.

The Modi government also plans implementing an education, skilling and employment package to target more than 472,000 youngsters in IOJ&K with a network of new higher education institutes and girls’ hostels, besides a bouquet of skill development and entrepreneurial courses. The package proposed 22 centrally sponsored model degree colleges, one in every district. To start with, over 50,000 youngsters would be enrolled in the higher education institutes.

The Modi government has formed a group of ministers to prepare a plan of development for IOJ&K. Indian authorities said they plan to hire tens of thousands of government workers in IOJ&K. Officials are planning to fill up “50,000 vacancies in various government departments in the next few months.”

The Narendra Modi government, meanwhile, also won support of some Muslim groups in India for his Kashmir action. Maulana Mehmood Madani, general secretary of Jamiat Ulema-e-Hind, said 2,000 clerics have produced a resolution on behalf of all Indian Muslims calling for the state of affairs in Kashmir to remain an internal issue. There is no question of ownership in his opinion. “Kashmir,” he asserted, “is an integral part of India, with no compromises.”

Maulana Asghar Ali Imam Mahdi Salafi , general secretary of Markazi Jamiat Ahle Hadees, also gave his support to Modi government on abrogation of Article 370 in Kashmir when he met with Indian home minister Amit Shah along with the leaders of Jamiat Ulama-i-Hind.

On August 5, the Narendra Modi-led National Democratic Alliance (NDA) government had abrogated Article 370 of the Indian Constitution that granted “special status” to the state of Jammu & Kashmir (J&K), including the Ladakh region.

There are two possible implications of the ruling BJP’s decision to abrogate Article 370: first, the BJP may gain political mileage from the move, both in IOJ&K and the rest of India. Secondly, New Delhi may now be able to further emphasise the Kashmir issue as an “internal” matter of India in response to attempts at third-party mediation.

The Modi government intends to undertake delimitation of the IOJ&K legislative assembly constituencies in order to conduct local elections once the law and order situation normalises in the held Valley.

Recent geopolitical developments such as the anticipated withdrawal of US troops from Afghanistan, the possible return of an emboldened Taliban in Kabul, and US President Donald Trump’s comments regarding mediation of the Kashmir issue may have compelled the Modi government to expedite the process of scrapping the special status of IOJ&K.

Islamabad has intensified its diplomatic offensive to garner international support on the held Kashmir issue, including expelling the Indian High Commissioner in Pakistan, stopping crossborder trade with India, and initiating outreach to China, the United States, the United Nations, and the Organisation of Islamic Cooperation (OIC). These diplomatic overtures have internationalised the IOJ&K issue.__The News