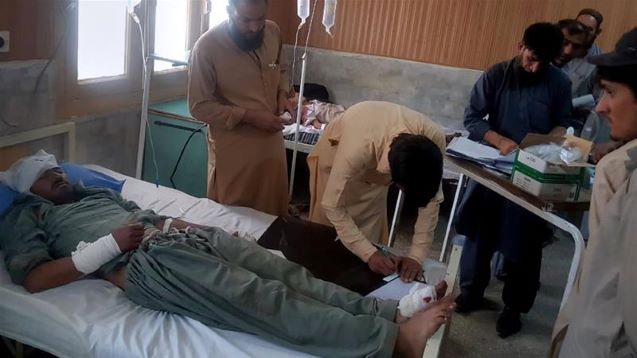 More than 20 people have been killed in a passenger bus crash on a mountainous road in northwestern Pakistan, police said.

The accident on Sunday happened in the Babusar Top area, bordering Khyber Pakhtunkhwa province with Gilgit-Baltistan.

Local media quoted Faizullah Firaq, spokesman for the Gilgit-Baltistan’s government, as saying that among the 26 dead were members of Pakistan’s army. He added that a dozen people were injured and being tranferred to a local hospital in a helicopter.

Local administration official Aurangzeb Haider told AFP six children were among the dead, while senior police official Zaibullah Khan said six of the injured were in a critical condition.

Abdul Wakil, a local police officer, said the bus was travelling from Skardu city in Gilgit-Baltistan, which is at an elevation of nearly 2,500 metres (8,200 feet) above sea level, to the city of Rawalpindi.

Gilgit-Baltistan is a mountainous region that is home to some of the world’s highest peaks. The main ranges are the Karakoram and the western Himalayas.

Wakil was quoted as saying by AP that rescuers were facing difficulties in the remote mountainous terrain due to a lack of necessary equipment and resources.

Last month, a speeding bus fell off a mountainous road into a river in the northwest, killing 24 passengers.__Al Jazeera