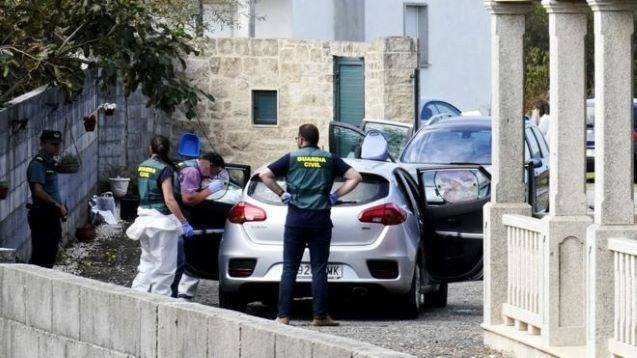 A man has been arrested in Spain after confessing to fatally shooting his ex-wife, mother-in-law and sister-in-law in front of the couple’s two children.

The killings took place as the children, aged four and seven, were preparing for school on Monday morning.

The 45-year-old man called police after fleeing the scene in Valga, in north-western Spain, and handed himself in.

There had been no prior complaints of violence against the victims, police said. The couple divorced last year.

Local media reported that José Luis Abet Lafuente had recently sent messages to his ex-wife accusing her of blocking his access to the two children.

“You go and ask me for a divorce and on top of that you don’t let me see the children,” he wrote in a Facebook post, Spanish newspaper El Mundo reported (in Spanish).

Spain’s Prime Minister Pedro Sánchez said it was a “terrible” tragedy, describing the deaths as “gender violence”. “We will not stop until the slaughter of women ends,” he wrote on Twitter.

According to information obtained by police from Mr Abet, as she began to drive away from the house, he approached her vehicle clutching a small firearm.

The woman then called members of her family to ask for help.

But within minutes Mr Abet had shot her, despite the children being in the vehicle to witness the murder, officials said.

They added that when his former sister-in-law and mother-in-law arrived shortly afterwards, he shot them too.

Mr Abet reportedly threw the firearm into a nearby river and returned to the house where he lived with his mother and sister, some 20km (12 miles) away, from where he called the police.

The handgun, along with ammunition, was later retrieved by police. The suspect is due to appear at a local court on Tuesday under heavy security.

The couple had lived together at the property in Valga prior to their divorce in January 2018.

Local authorities have announced three days of mourning in the city of Valga over the triple murders. The children are being cared for by an uncle.__BBC