Home / Kashmir / Kashmir -IOK / KASHMIR: THE 70 YEARS OF ARTICLE 370, ABROGATION AND BEYOND 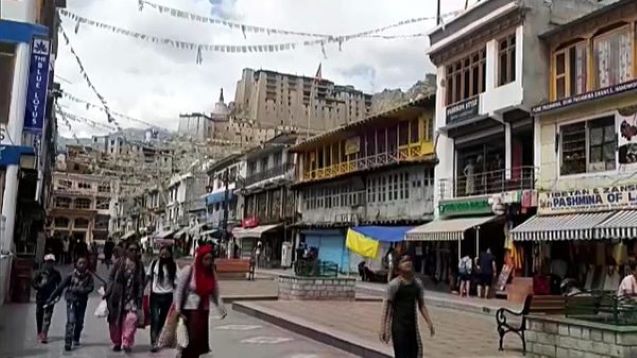 By Junaid Malik.
The emergence of nation state after world war second gave a new world order of democratic nations and led to the further cementing of rights, privileges and freedom of individuals. India too emerged as a war weary and economically poor country with a new union of historic princely states which had been merged with one or the other way except for Hyderabad, Junagarh and Kashmir being ruled by principality who were reluctant to join India. While Junagarh and Hyderabad were annexed by military action, Kashmir after tedious efforts acceded to India on its own terms that retained its partial sovereignty. Jammu and Kashmir kept its autonomy in a federal arrangement which were governed under Article 370 of Indian constitution. This article was called a bridge between Kashmir and Indian union has now been scrapped by Indian government creating ripples in the world. Not only this the state was bifurcated in to two union territories of Ladakh and Jammu & Kashmir snatching even its full statehood. The growing conflict between India and Pakistan escalated which necessitated the direct intervention of United Nations (UNO) in the aftermath.

The abrogation of articles 370 and 35A has completely changed the centre-state relations between the state and the union. There is no denying the fact that Article 370 which was only a hollow Article having already lost its relevance and majority of provisions between 1954 and 2019 including those of separate prime minister and state president being diluted and changed to chief minister and governor. Majority of central laws and institutional mechanism including passport, Supreme Court, Election Commission of India (ECI)and CAG etc had already been extended to the state which otherwise were limited to foreign affairs, communications and currency. The latest central laws extended to the state are SARFEASI and GST during the tenure of BJP-PDP’s three years coalition between 2014 and 2018.The erosion which began in mid-50’s ended with break-up of coalition in 2019.

Why then abrogation of a hollow Article?

The right wing parties like Jan Sangh and its transformation into BJP has always opposed the special provision of Article 370 from the day of its inclusion in the Indian constitution and raised the slogan of “ek vidhaan,ek pradhaan and ek nishaan” meaning (one constitution, one flag and one sovereign for entire India) and organised several agitations in the past decades with one of its founder and stalwart Shyama Prasad Mukherjee losing his life after 43 days of incarceration in Kashmir. The BJP ever since its birth in the 80s made it one of their top party manifesto of opposing tooth and nail any special provision for Jammu and Kashmir. Since the party never got clear majority in the parliament, the fractured mandate always proved to be the stumbling block for its abrogation. The catapult of BJP to the zenith of political success in 2014 and 2019 parliamentary elections gave them clear path and smooth sail to abrogate article 370 on August 5, 2019 with majority votes in its favour.

Why only Jammu and Kashmir?

India is a country of diverse cultures and languages which necessitated the founders of Indian constitution to keep certain provisions and reservations for different states including Jammu and Kashmir. While 370 was kept for Kashmir, various other sub articles were kept for north eastern states to meet the regional aspirations and strengthen the federal structure. The armed struggle on various issues and secession from India is not limited to Kashmir only but other states of India as well including Assam, Nagaland, Punjab, Mizoram etc. While India abrogated the autonomy of Jammu and Kashmir, it extended separate flag, constitution and passport to the Nagaland after years of deliberations. While the state of Jammu and Kashmir is under siege, Nagaland celebrated its freedom and unfurled its separate flag on Independence Day.

Many critics and political think tanks allege that the BJP has made Jammu and Kashmir the battle ground for political mileage in rest of India to appease the voters and change the demographic character of the state, the only Muslim majority state of the country, to achieve its agenda of Hindu rashtra. Even the home minister of India, Amit Shah, while discussing the abrogation of Article 370 assured the rest of states of India who enjoy special status that their position shall remain intact and unchanged. Some critics even allege that BJP has utterly failed to deliver on real issues of employment, farmer distress, inflation, economic crunch and failing GDP which is being camouflaged under the garb of jingoism and Kashmir hysteria.

While the whole country was celebrating the abrogation of autonomy of Jammu and Kashmir, there is a major chunk of people who believe it is nothing more than a political vendetta and larger game of international players who find India and south East Asian countries as their best buyers of arms and ammunition. Many believe the haste with which India abolished the state’s autonomy amidst the holy Amarnath yatra is only because US president Donald trump declared during the joint press conference with Pakistan prime minister Imran Khan that Narendra Modi approached him to mediate for the resolution of Kashmir issue. The statement created ripples in India which many believe dented the larger than life image of Narendra Modi. The US has its own interest in both India and Pakistan and doesn’t want both the nuclear powers to be major stake holders in international politics. The conflict between the two countries also serves a major deterrent to the growing influence of China and Russia in the world. Even after the abrogation, president Trump has once again reiterated to intervene in Kashmir issue to de-escalate the growing conflict and bring peace in South East Asia.

India is also the 4th largest buyer of arms and ammunition in the world with increasing defence budget for arms procurements. India today has 55 billion funds allocation for arms which is 4th largest in the world in comparison to 156 billion by China comparatively. The heightened tension between India and Pakistan only serves the purpose of arms dealers of the world.

The state of Jammu and Kashmir is under complete gag and siege even before the day article 370 was abrogated by Indian parliament by majority vote. All the communication links with valley particularly are snapped with no access to outside world. The increased presence of troops could be seen along the breadth and length of the state barring few districts of Jammu region, the state is completely locked down.

Kashmir is not a small or simple issue as is being propagated. It involves stakes of two nuclear mights whose relations with each other have always impacted the larger part of the world. While the local aspirations of Ladakh have been met with a local divide, Jammu is by far jubilant but Kashmir, the real trouble seemingly and apparently in lull, could lead to a bigger trouble after it returns to normal course. India’s bete noire Pakistan could foment further trouble through border incursions and giving impetus to armed struggle. Its foreign policy makers have already alleged that all bilateral and mutually agreed agreements have lost relevance after the unilateral decision of India to bifurcate the state and abolish its statehood. The larger movement of military on the borders, the war of words between the stakeholders, the threat and counter threat of nuclear war, the growing and direct involvement of China in Kashmir on Pakistani side doesn’t augur well for the people of both the countries.

The Kashmir issue has got further complicated with certain quarters fighting for constitutional rights of Indian constitution and other groups for secession from Indian itself. The issue is one with plethora of demands and aspirations of a small world called Jammu and Kashmir.

The magnitude of the problem has taken a further fillip with multiple players on multiple fronts but the real challenge is for and from the mainstream parties of the state like NC and PDP who have been holding high the Indian flag and the idea of India in a land of uncertainties. Though hundreds of political leaders are either under house arrest or in detention across the state with no access or communication with their cadres, the political discourse is yet to been seen when normalcy returns back to valley. An alien neighbour on the borders, the separatists with secessionist mindset and an alienated and dejected mainstream parties can further air the ambers of disillusionment and detachment. It would be premature to draw conclusions at this stage but the coming times aren’t going to be a bed of roses. India will have to face major challenges in the valley but only time will tell the tale of uncertainties.__Kashmir Times