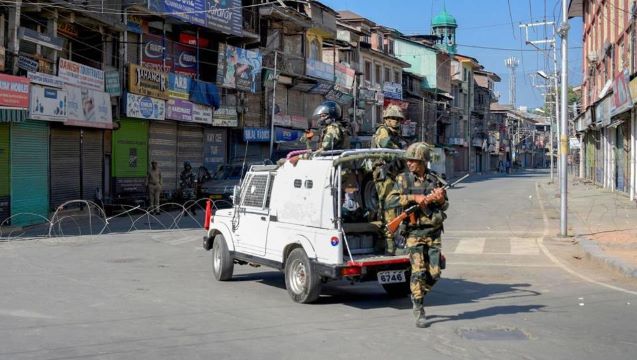 UN Secretary General Antonio Guterres has appealed to India and Pakistan to avoid any “potential escalation” over Kashmir and resolve the issue through dialogue after the two countries clashed at the UNHRC in Geneva over New Delhi revoking Jammu and Kashmir’s special status last month.

The Secretary General’s spokesperson Stephane Dujarric, at a daily press briefing at the UN on Tuesday said that Guterres had spoken to the leaders of both India and Pakistan.

“His message to all of them has been the same, both publicly and privately, that he remains very concerned about any potential escalation between India and Pakistan over the situation. He appeals to both sides to deal with the issue through dialogue,” PTI quoted Dujarric as saying.

Dujarric’s response came when he was asked whether the UN chief plans to mediate between India and Pakistan on Kashmir during the UN General Assembly session later this month.

“You know, the position… our position on mediation has, as a matter of principle, has always remained the same,” Dujarric said.

Guterres has maintained that his good offices are available only if both sides ask for it. India insists that the Kashmir issue is an internal matter and there is no need for third-party mediation.

At the UNHRC meet in Geneva, India came out all guns blazing defending its decision to scrap the special status of Jammu and Kashmir and rejected Pakistan’s right to speak on alleged “atrocities” and said Islamabad was misusing international platforms for its “malicious political agendas under the garb of human rights”.

Vimarsh Aryan, first secretary in India’s permanent mission to the UN Human Rights rebutted Pakistan’s charges as “an ill-disguised effort to advance its territorial ambitions” and Islamabad forgets that terrorism is the worst form of human rights abuse.