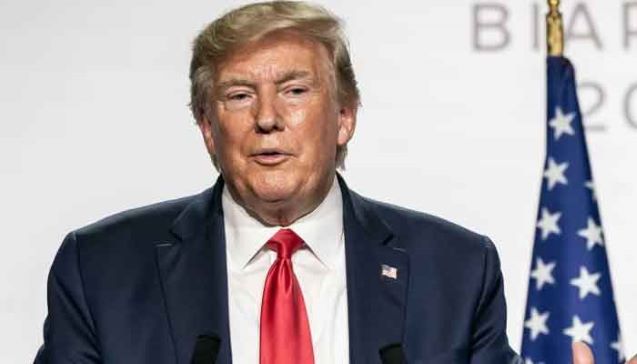 US President Donald Trump Monday renewed his offer to help resolve the tensions between India and Pakistan, saying the offer to mediate over the Kashmir issue is still there.

Talking to media men at the White House, Donald Trump said: “I am willing to help them (Pakistan, India) if they want. They know that. That (offer) is out there.”

Speaking on the heightened tensions between the two neighbouring countries, Trump said: “India and Pakistan are having a conflict over Kashmir as you know. I think (it) is a little bit less heated right now than (what) was two weeks ago.”

US President added that he gets along well with both Pakistan and India.

The valley, which has been under a curfew since India’s ruling Bharatiya Janata Party stripped Kashmiris of the special autonomy they had for seven decades, remains cut off from the rest of the world due to the continued blockade and suspension of internet, mobile and landline phones.

A humanitarian crisis has been looming in the valley as people face acute shortage of food, medicines and other commodities. __The News