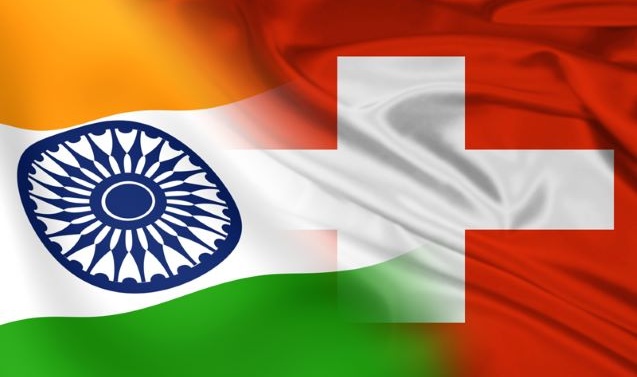 NEW DELHI, Sep 7 (Agencies): Kashmir is on the agenda of talks between Switzerland and India during President Ram Nath Kovind’s state visit to Bern, said the official press release of the Swiss government.

President Kovind will be on a three-country tour next week where he will visit Iceland, Switzerland and Slovenia from September 9 and will be in Bern on September 13.

In a statement, the Federal Department of Foreign Affairs (FDFA) in Switzerland said the “situation in Kashmir” will be discussed among other things.

“Discussions will include the envisaged free trade agreement that the European Free Trade Association (EFTA) and India have been negotiating since 2008. Cooperation between Switzerland and India on energy and transport will also be addressed. Other items on the agenda include climate change, global security issues and human rights, the situation in Kashmir and India’s regional situation”, read the FDFA statement.

This comes days after the European Union Committee on Foreign Affairs discussed Kashmir in a closed door meeting. The in-camera briefing of the European members in Brussels was held on September 3 with Gunna Wiegnad, Managing Director for Asia and Pacific, European External Action Service (EEAS).

India maintains that changes in Article 370 is an internal matter of India and the dispute of Kashmir is bilateral to India and Pakistan.

The official talks at the Bernerhof hotel in the afternoon will be attended by President Maurer, Vice President Simonetta Sommaruga and Federal Councillors Guy Parmelin und Ignazio Cassis.

The main areas in which there is potential for strengthening bilateral cooperation include economic affairs and finance, as well as science, research and education.

“The two countries also regularly exchange views within the framework of a joint economic commission that includes the private sector. In addition to political and economic exchanges, Switzerland and India also foster cooperation in the fields of science, education and culture,” the statement further read.

President Maurer and President Ram Nath Kovind will attend a high-level Indo-Swiss economic forum in Bern. A state dinner will be held in the evening.

The visit by President Kovind continues the series of regular contacts at the highest level, as this is the third state visit by an Indian head of state to Switzerland in the past fifteen years. In 2017, Doris Leuthard paid a presidential visit to India when he held the office.

According to the press release, “In 2018, Switzerland and India celebrated the 70th anniversary of their treaty of friendship. This treaty, concluded directly after Switzerland’s recognition of Indian independence in 1947, allowed the two countries to develop solid bilateral relations.”__Kashmir Times