Home / Kashmir -IOK / J&K STATEHOOD TO BE RETURNED AS SOON AS POSSIBLE. SHAH 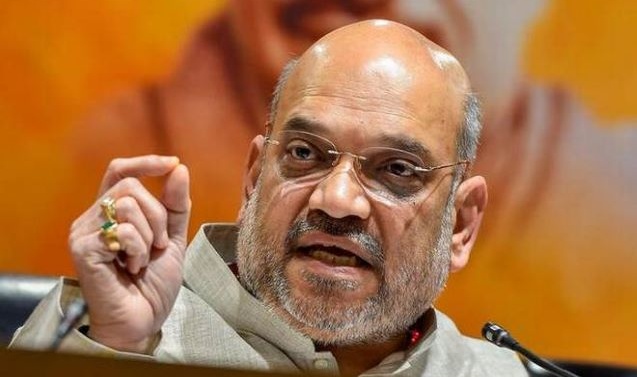 NEW DELHI, Sep 3: Union Minister of Home Affairs Amit Shah Tuesday stated that the statehood of Jammu and Kashmir “will be restored as soon as the situation warrants” and asked the people of state to not believe any rumours.

An official spokesperson said that on the issue of mobile connectivity and restoration of communications, the Union Home minister said that the issue would be expedited and that a solution would be found as quickly as possible.

Shah reassured the J&K Panchayats’ representatives and other delegations from state that nobody’s land would be taken away and government land would be used for the establishment of industries, hospitals and educational institutions. “This would not only create employment opportunities for the locals but also enhance tax revenues for the state, which in turn would be used for the welfare of the people,” he said.

“All three delegations congratulated the Prime Minister Narendra Modi and the Union Home Minister for the courageous step of abolishing article 370 and 35A,” said an official handout.

Shah informed the delegation of Sarpanches that henceforth the provisions of the 73rd and 74th Constitutional amendment Acts would be applicable to Jammu and Kashmir and this would serve to empower local governance and panchayati Raj institutions in Jammu and Kashmir.

Greeting the sarpanches, Shah hailed them as the leaders of Jammu and Kashmir and said that it would be their responsibility to ensure that the benefits of various government schemes would reach the correct beneficiaries and that an atmosphere of peace and prosperity is maintained. Shah promised to begin recruitment for various government jobs at the earliest and said that the government would ensure merit-based recruitment of at least five aspirants from each village.

The representatives of fruit growers expressed their concern regarding the possibility of unsold and wasted produce. Shah reassured them by saying that the government was in touch with concerned agencies to resolve the issue. He noted that with the abrogation of Article 370, the benefits of various government schemes like PM Fasal Bima Yojana would reach all farmers of Jammu and Kashmir now.

Shah said that it was essential to change the atmosphere and bring the people of Jammu and Kashmir to mainstream. He promised to begin the process of Block level elections as quickly as possible. He told the representatives, “Your fight is against terrorism, as is ours, hence we should ensure an atmosphere of peace in Jammu and Kashmir at the earliest.”

In the meanwhile, a national news agency quoted Zuber Nishad Bhat, a sarpanch from Harvan in Srinagar district, as saying that the Union Home minister assured them that the mobile phone services in the state would be restored in the next 15 to 20 days and Rs 2 lakh insurance coverage will be provided to them.

The news agency also reported that all panch and sarpanch, who are vulnerable to threats from terrorists in Jammu and Kashmir, will get police security and an insurance coverage of Rs two lakh each.

“This assurance was given by Home Minister Amit Shah to a delegation of sarpanch (village head) and panch (panchayat member) from Jammu and Kashmir who met him on Tuesday. The home minister also assured the team comprising 20 members from Jammu region and Kashmir Valley that at least five youths from each village of Jammu and Kashmir will be given government jobs in the coming months and the demand for increasing the honorarium of the panch and sarpanch will be considered,” the news agency report said.

“We have requested the home minister to provide us security and he has assured us that the administration will provide us security,” news agency quoted Mir Junaid, a sarpanch from Kupwara saying. “The security will be given to those panchayat members whose threat perception is high,” the agency report said.

“Another sarpanch, Zuber Nishad Bhat, who is from Harvan in Srinagar district, said the home minister also assured them that insurance coverage of Rs two lakh will be provided to every panch and sarpanch. He said the home minister told the delegation that mobile phone services in the state will be restored in the next 15-20 days,” the agency report said.

“Junaid, a former president of Kashmir University Students Union, said the home minister told the panch and sarpanch that, as promised on the floor of Parliament, the statehood of Jammu and Kashmir will be restored when the situation becomes normal. Panchayat elections in the state were held last year after a gap of six years. More than 35,096 panch and sarpanch were elected to 4,490 panchayats. Junaid said Shah assured them that the election to the Block Development Councils will be held in next two months. There are 316 blocks in Jammu and Kashmir,” the agency report said.

“People are happy due to the abrogation of Article 370 as they were intimidated by Muftis and Abdullah in the past,” he said. Union Minister for PMO Jitendra Singh, who attended the meeting said a new leadership, free from any dynasty, is emerging at the grassroot level and they are happy about the abrogation of the special status given to Jammu and Kashmir and the central funds will reach them directly now. “The delegation of panch and sarpanch has assured full cooperation in implementing the government development projects and in return the panchayats will get adequate funds under various schemes,” he said.