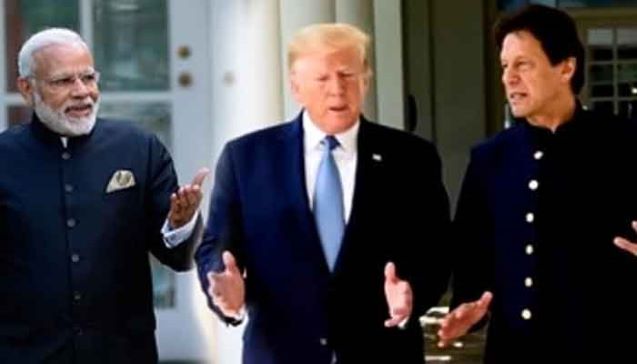 WASHINGTON: US President Donald Trump on Monday spoke with India´s Prime Minister Narendra Modi, urging a reduction of tensions between India and Pakistan over the disputed Kashmir region.

“The president conveyed the importance of reducing tensions between India and Pakistan and maintaining peace in the region,” White House spokesman Hogan Gidley said in a statement.”

Trump also talked to Pakistan´s Prime Minister Imran Khan, their second conversation in three days on the situation in Kashmir.

“Prime Minister Khan expressed serious concern over a humanitarian crisis triggered in Kashmir and hoped (the) US would play its role in resolving the crisis,” Foreign Minister Shah Mehmood Qureshi told a televised press conference in Islamabad.

“We want a UN observer mission to be dispatched forthwith to Indian-administered Kashmir” and for the curfew there to be “lifted immediately,” he said.__The News