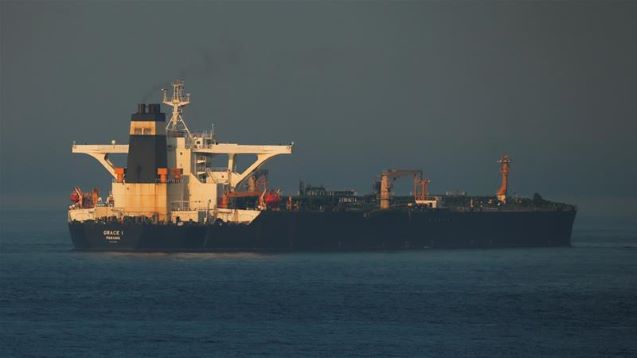 Gibraltar’s Supreme Court has ruled an Iranian oil tanker is free to sail, just hours after the United States had made a last minute application “to seize” the vessel, authorities said.

Grace 1 had been commandeered by the British Royal Marines off the coast of Gibraltar on July 4 on suspicion it was carrying Iranian crude oil to Syria in breach of European Union sanctions against the government of Syrian President Bashar al-Assad.

Iran had denied the accusation and called the seizure “an act of piracy”.

Chief Justice Anthony Dudley said that since Iran had guaranteed in writing that the Grace 1 “was never destined to an EU sanctioned entity … there are no longer reasonable grounds to suspect that the detention of the Vessel is required.”

He added that the court had not received a written detention request from the US.

The Supreme Court of the British territory said it had received assurance that the ship would not discharge its cargo in Syria.

“As far as the judge here is concerned at the Supreme Court, the Grace 1 is free to leave right no,” Al Jazeera’s Andrew Simmons, reporting from Gibraltar, said.

Making preparations for the tanker’s release, the captain, an Indian national, and three officers of the Grace 1 were released from detention on Thursday, the government said.

None of the crew members on the ship were Iranian.__Al Jazeera