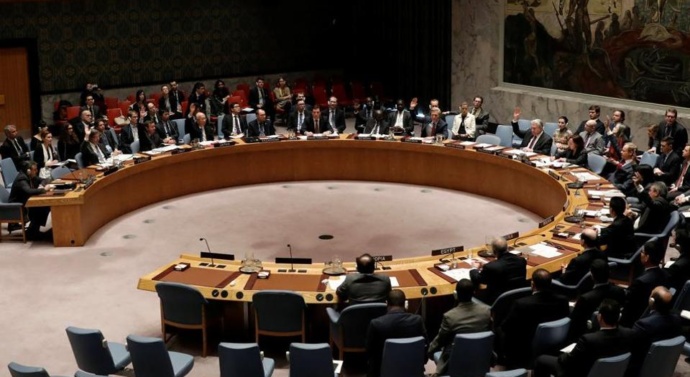 The reference to the Shimla Agreement in this context is rare and significant, according to people familiar with these discussions, as it provides the framework for resolving the dispute bilaterally, which is a rebuff in a way to Pakistan’s attempts to seek UN intervention.

Calling for “maximum restraint” by all sides, UN Secretary General Antonio Gutteres on Thursday indicated the Kashmir issue needs to be resolved bilaterally in keeping with the Shimla Agreement of 1972 and by peaceful means in accordance with the UN charter.

The reference to the Shimla Agreement in this context is rare and significant, according to people familiar with these discussions, as it provides the framework for resolving the dispute bilaterally, which is a rebuff in a way to Pakistan’s attempts to seek UN intervention.

“The Secretary-General has been following the situation in Jammu and Kashmir with concern and makes an appeal for maximum restraint,” a spokesperson for Gutteres said in a statement and added that the position of the United Nations on this region is governed by the world body’s Charter and applicable Security Council resolutions.

The spokesperson also said, “The Secretary-General also recalls the 1972 Agreement on bilateral relations between India and Pakistan, also known as the Shimla Agreement, which states that the final status of Jammu and Kashmir is to be settled by peaceful means, in accordance with the Charter of the United Nations.”

The secretary general was “concerned over reports of restrictions on the Indian-side of Kashmir, which could exacerbate the human rights situation in the region,” the spokesperson added and that he has called on all parties to “refrain from taking steps that could affect the status of Jammu and Kashmir”, which was a reference, according to those people cited above, to the “final status”, and not the change in the state’s status to that of a Union Territory.

Pakistan had sought UN and UNSC intervention in a letter to Gutteres, but it appears to have not achieved its objectives. Pakistan’s permanent representative to the UN Maleeha Lodhi had written on Twitter on Tuesday that the letter, written by Foreign Minister Shah Mehmood Qureshi would make “clear that the rights of Kashmiris as provided by Security Council resolutions cannot be abrogated by any unilateral action. Compliance of SC resolutions on J&K is essential for peace in our region”. She did not say, but was referring to Resolutions 39 and 47 from 1948, which set up a UN-mandated commission to help resolve the dispute and recommended a plebiscite in the state to determine its final status.__Hindustan Times