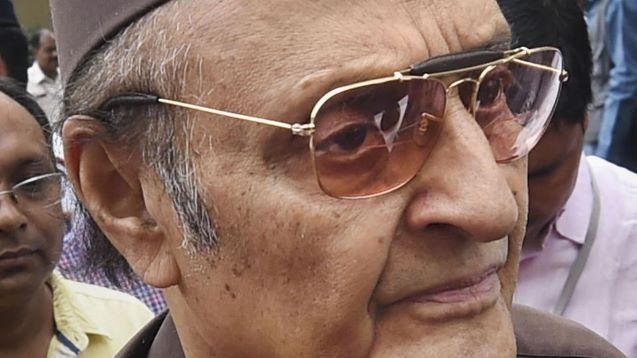 Senior Congress leader Karan Singh on Thursday declared that he did not agree with the “blanket condemnation” of the twin steps to scrap special status to Jammu and Kashmir and carving out two union territories out of the state, underscoring that there were “several positive points” too.

In a detailed statement, the veteran Congress leader said the “unusually fast decisions” taken in Parliament “will obviously have far-reaching implications at many levels”.

Singh, the son of Maharaja Hari Singh who had signed the instrument of accession with India, welcomed converting Ladakh into a union territory and recalled that he had suggested reorganisation of the state as far back in 1965 when he was still the Sadar-i-Riyasat of Jammu and Kashmir.

He went to add that the “gender discrimination in Article 35A needed to be addressed as also the long-awaited enfranchisement of lakhs of West Pakistan refugees and reservations for Scheduled Tribes which will be welcomed.”

The fresh delimitation, he said, for the first time will ensure a fair division of political power between the Jammu and Kashmir regions.

Karan Singh said people of Kashmir must be feeling mortified and stressed on continuing political dialogue.

The veteran leader also sought release of leaders of legitimate political parties who have been detained by the authorities and underlined that it was unfair to dismiss the two main regional parties as “anti-national”.

“Their workers have over the years made heavy sacrifices and besides both of them have been from time to time political allies of national parties and governments at the Centre and in the state,” he said.

“I would, therefore, urge that leaders of legitimate political parties in Kashmir should be released as soon as possible and a broad-based political dialogue initiated with them and with civil society in view of the drastically changed situation. At all costs, communal harmony should be maintained and violence eschewed. The effort should be that Jammu and Kashmir attains full statehood as soon as possible so that its people can at least enjoy the political rights available to the rest of the country,” he added.

Singh said that his “sole concern is to further the welfare of all sections and regions of the state.”__Hindustan Times