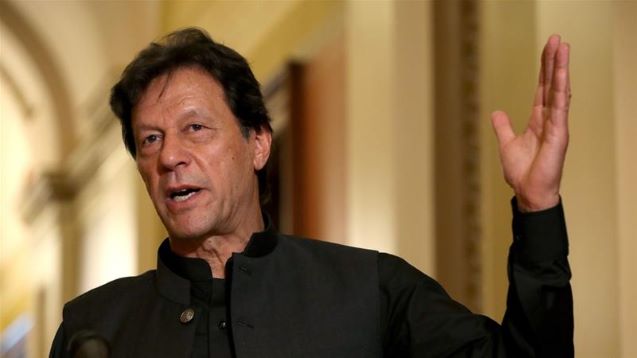 Islamabad, Pakistan – Pakistani Prime Minister Imran Khan says his government will challenge an Indian move to change the constitutional status of India-administered Kashmir at the United Nations Security Council, urging the international community to intervene in the crisis or risk regional destabilisation.

“We will raise this at every level, at the United Nations Security Council,” said Khan, addressing a joint session of Pakistan’s parliament in the capital, Islamabad, on Tuesday.

“We are thinking of how we can go to the [International Court of Justice] through the UN Security Council … we will raise this issue at every forum.”

The session was called to discuss the announcement by India’s Minister of Home Affairs Amit Shah on Monday that a decree abolishing Article 370 of the Indian constitution, which gave special autonomy to the India-administered portion of the Muslim-majority Himalayan region, had been signed.

UN Secretary-General Antonio Guterres on Monday urged all parties to exercise restraint, according to spokesman Stephane Dujarric, while the United States called for “peace and stability” along the de facto border that separates India and Pakistan in Kashmir.

Nuclear-armed India and Pakistan have fought two of their three wars over the disputed territory of Kashmir, which both claim in full but administer separate portions of.

Tensions have remained high this year after the two neighbours conducted air raids on each other’s soil and engaged in an aerial dogfight following a deadly attack in India-administered Kashmir that India blamed Pakistan for. Pakistan denied the charge.

On Tuesday, Khan warned that India’s move the previous day could lead to more violence in Kashmir and fuel tensions between the two countries.

“I am not using nuclear blackmail, I am using my common sense,” he said. “We appeal to the world if the world does not do anything now, it will have serious consequences.”

Earlier on Tuesday, Pakistan’s army chief summoned a meeting of his top commanders to discuss the rising tensions.

“Pakistan Army firmly stands by the Kashmiris in their just struggle to the very end. We are prepared and shall go to any extent to fulfil our obligations in this regard,” said General Qamar Javed Bajwa, according to the military spokesperson.

Also on Tuesday, Pakistani Foreign Minister Shah Mehmood Qureshi addressed a special meeting of the Organization of the Islamic Conference (OIC) in Saudi Arabia’s Jeddah, on the situation in Kashmir.

“I reiterated Pakistan’s stance on the peaceful resolution of Jammu and Kashmir dispute and that India’s hostility doesn’t give me much hope for a covenant for peace,” Qureshi said.

India has sent thousands of additional troops to the region in the leadup to its announcement, imposing a curfew on parts of the territory, shutting down telecommunications and arresting political leaders.

New Delhi said the scrapping of Kashmir’s special status was meant to aid in the territory’s integration into India and its governance structures.

“Because of Article 370, democracy never took root in J&K [Jammu and Kashmir], corruption flourished, widespread poverty took root and no socio-economic infrastructure could come up,” Shah said on Monday. “It is the root cause of terrorism.”

Hundreds of people in the Pakistani city of Lahore also gathered to protest against the decision, with demonstrations also taking place in Islamabad and other major cities.

Earlier on Monday, Pakistan’s Foreign Office hit back at the Indian decision, saying Islamabad will “exercise all possible options to counter the illegal steps”.

“Pakistan strongly condemns and rejects the announcements made today by the Indian Government regarding the Indian Occupied Jammu and Kashmir,” said a Pakistan Foreign Office statement.__Al Jazeera