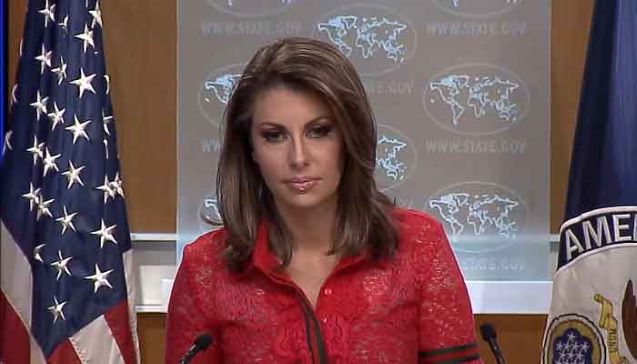 WASHINGTON: The United States on Monday urged respect of rights and called for “peace and stability” along the Line of Control (LoC) after New Delhi revoked the special status granted to the Indian-held portion of the disputed-territory.

“We are concerned about reports of detentions and urge respect for individual rights and discussion with those in affected communities,” State Department spokeswoman Morgan Ortagus said in a statement.

Just ahead of the Indian announcement, several senior former and current Kashmiri political leaders were put under house arrest.

Indian Prime Minister Narendra Modi´s Hindu-nationalist party rushed through a presidential decree to scrap from the constitution special status for the Indian-held part of Kashmir.

“We call on all parties to maintain peace and stability along the Line of Control”, Ortagus said.

Ortagus said the US is “closely following” events in Jammu and Kashmir state.”

Earlier, Amnesty International, a global rights group, expressed its fear on Twitter that “the unilateral decision” made by Modi-led government will further stoke anguish and unrest in the scenic valley.

Such controversial move that was made without consulting stakeholders “amidst a clampdown on civil liberties and communications blackout is likely to increase the risk of further human rights violations and inflame tensions”, said International Human Right’s Organisation.

US President Donald Trump last month claimed, during a meeting with Prime Minister Imran Khan, that Modi had asked him to mediate the Kashmir issue.__The News