Home / Kashmir / Kashmir -IOK / Kashmir special status explained: What are Articles 370 and 35A? 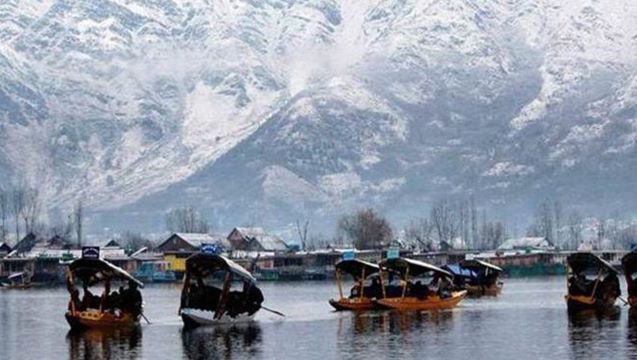 Indian government abolishes decades-old laws that gave a measure of autonomy to the disputed Muslim-majority region.

India has scrapped a law that grants special status to Indian-administered Kashmir amid an indefinite lockdown and massive troop deployment in the disputed region.

Minister of Home Affairs Amit Shah, a close ally of Prime Minister Narendra Modi, told parliament on Monday that the president had signed a decree abolishing Article 370 of the constitution, stripping the significant autonomy Kashmir had enjoyed for seven decades.

The move is expected to further inflame tensions in the Muslim-majority region of more than seven million people and infuriate rival Pakistan.

The Jammu and Kashmir union territory will include the Hindu-majority Jammu region and will have a legislative assembly.

The Buddhist-majority Ladakh region, which has a considerable population of Shia Muslims, will also be a union territory, but it will not have an assembly.

All phones, internet services and cable networks were cut off on Sunday night and pro-India leaders placed under house arrest following days of soaring tensions.

Article 370 was the basis of Jammu and Kashmir’s accession to the Indian union at a time when erstwhile princely states had the choice to join either India or Pakistan after their independence from the British rule in 1947.

The article, which came into effect in 1949, exempts Jammu and Kashmir state from the Indian constitution.

It allows the Indian-administered region jurisdiction to make its own laws in all matters except finance, defence, foreign affairs and communications.

It established a separate constitution and a separate flag and denied property rights in the region to the outsiders.

That means the residents of the state live under different laws from the rest of the country in matters such as property ownership and citizenship.

What is Article 35A?

Article 35A was introduced through a presidential order in 1954 to continue the old provisions of the territory regulations under Article 370 of the Indian constitution.

The article permits the local legislature in Indian-administered Kashmir to define permanent residents of the region.

The article, referred to as the Permanent Residents Law, also bars female residents of Jammu and Kashmir from property rights in the event that they marry a person from outside the state. The provision also extends to such women’s children.

While Article 35A has remained unchanged, some aspects of Article 370 have been diluted over the decades.

Critics of Article 35A say the provision did not have any parliamentary sanction, and that it discriminates against women.

Why are they being abolished?

The ruling BJP and its right-wing allies have challenged Article 35A which it calls discriminatory, through a series of petitions.

Last month, a senior BJP leader hinted that the government was planning to form exclusive Hindu settlements in the region.
Prime Minister Modi led his BJP to a landslide win in May on the back of a divisive campaign that ostensibly targeted Muslims, vowing to remoe Article 370 and its 35A provision.

“This is a straightforward pandering to the Hindu-majority electorate in India,” said Ajai Shukla, a defence analyst in New Delhi.

“There is a political polarisation here with the ruling party trying to pander to its Hindu vote bank and to anything it sees as anti-Muslim,” he told Al Jazeera. “For the government, it is a step that it had promised and now delivered on.”

What does this mean?

With Indian-administered Kashmir’s special status repealed, people from the rest of India would have the right to acquire property in Jammu and Kashmir and settle there permanently.

Kashmiris fear the move would lead to a demographic transformation of the region from majority-Muslim to majority-Hindu.

“They [the government] have not just struck down the provision of 370, but they have actually dismantled the fate of Jammu and Kashmir as it existed in the Indian constitution,” said Shukla.

“It now consists of union territories which are centrally governed – Ladakh and Jammu and Kashmir. This is a sort of a radical new provision, which many people are saying will require a constitutional amendment.”

Article 370 of the Indian constitution permits revocation of the law by presidential order. However, such an order must be introduced before the state’s Constituent Assembly.

Since that body was dissolved in 1957, experts have different views on the abrogation of the law, with some believing it needs approval by state lawmakers and others seeing a presidential order as sufficient.

According to Shukla, the order will face both legal and political challenges in the coming days.

“The first legal challenge will come from Kashmir itself. Doing away with Article 370 now opens the door for an open Palestine-type independence struggle within Kashmir,” he said.

“In India as well, there will be mounting legal challenges and political opposition which has many illustrious lawyers. It can be expected that these will be heard by a constitutional bench in the Supreme Court.”__Al Jazeera