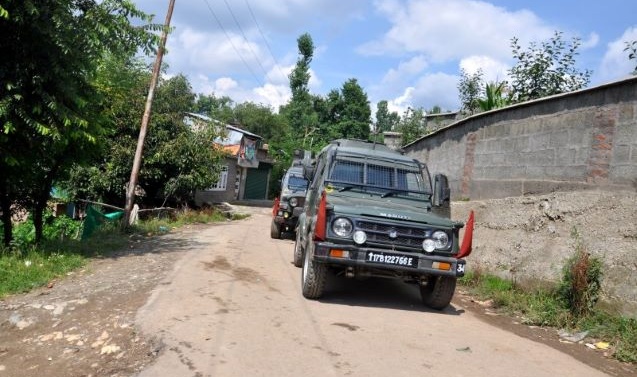 SRINAGAR: The death toll in the 40-hour-long anti-militancy operation at Pandoshan village, here in south Kashmir mounted to four on Saturday after security forces recovered two more bodies. One of a militant and another of a non-local labourer.

A police official told Greater Kashmir that the bodies were recovered from the debris of the house where a gun battle between militants and forces took place on Friday. A militant and soldier were killed during the initial stage of fire fight yesterday while a soldier had sustained bullet injuries.

The slain militants were identified as Zeenat-Ul-Islam Naikoo of Meemender, Shopian and Manzoor Ahmad Bhat of Wachi, while the non-local labourer was identified as Muhammad Moazim son of Muhammad Akhtar of Saupaul district, Bihar.

The official said that Naikoo was associated with Jaish-e-Muhammad militant group while Bhat belonged to HizbulMujahideen. He said that the operation was called off on late Saturday afternoon.

According to local residents at least 10 structures, including 3 residential houses, two shops, four cow sheds and an apple store were destroyed during the operation.

Eye witnesses told Greater Kashmir that multiple rounds of funeral were held for the slain militants before they were laid to rest in their respective ancestral graveyards.

Meanwhile, a police spokesman in a statement said, “Manzoor Ahmed Bhat as per police records was wanted by law for his complicity in series of militancy related incidents including attack on security establishments and civilian atrocities.”

“According to the police records, killed militant was part of group involved in planning and executing series of attacks in the area. Several cases were registered against him including case FIR No. 25/2019 of P/S Zainapora pertaining to killing of a civilian namely Irfan Hameed Lone. Incriminating material including arms and ammunition were recovered from the site of encounter. People are requested to cooperate with police till the area is completely sanitized and cleared of all the explosive materials if any,” the spokesman added.__GK News