Home / Austria / Stab attacks: Who knows the “phantom” of Vienna? 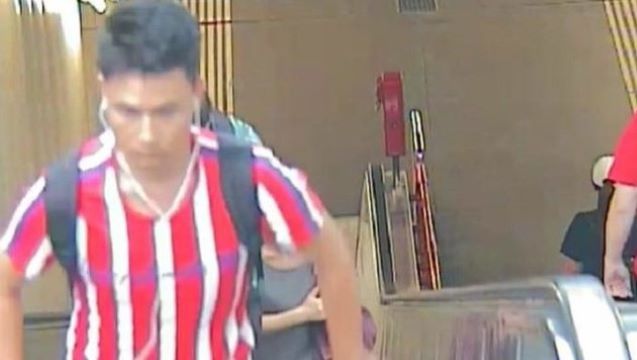 This is the “phantom” of favorites! The Viennese police published on Monday the image of a suspect who last week indiscriminately attacked two women, among them a pregnant woman in the street with a broken bottle. Both victims were seriously injured, but are now on the way of recovery.

On 16th July around 7:15 pm 16 the man, around 25 years old and 1.75 meters tall, dressed in short, dark hair and a red T-shirt suddenly went on Humboldtplatz on his first victim a 40-year-old Serbian. The stranger stabbed her neck with a broken bottle. Minutes later, he went to a 21-year-old Syrian and rammed her sharp shards in the chest. The pregnant woman collapsed, covered in blood.

Both victims are in well and sound condition now. The 21-year-old has been released from hospital, and her unborn child is well, according to the hospital association.

The attacker escaped, since then he lacks every trace. Pictures of the suspect could be secured on video surveillance cameras. However, the photos have not been published so far, as other investigation steps should be exhausted before releasing his photo.

The prosecutor ordered the publication of the pictures on Monday. The police is now asking the public for the help. Who knows the “phantom” of favoriten?