Home / Kashmir / Kashmir -POK / KASHMIR: Why the 1963 Sino-Pakistan Boundary Agreement Is Unlawful in Light of the Recent ICJ Advisory Opinion on the Chagos Archipelago, 2019 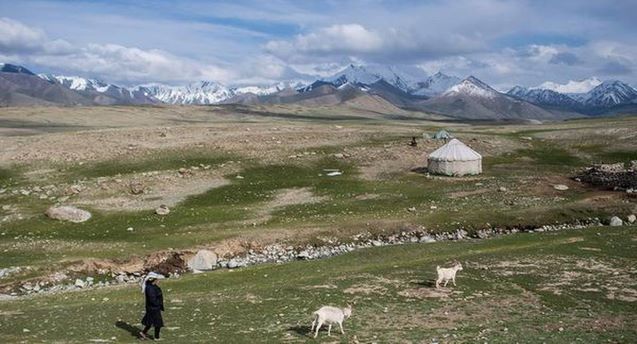 Pakistan and the People’s Republic of China concluded a boundary agreement in 1963 ceding a substantial territorial part of the state of Jammu and Kashmir (J&K) to China. Pakistan also believes in the self-determination of the people of J&K, while India denies this and claims that the entire territory of the J&K is an integral part to Indian Territory. However, the 1963 boundary agreement is contrary to the rules of international law related to the right to self-determination as understood and pronounced by the International Court of Justice (ICJ) in its recent advisory opinion on the Chagos Archipelago.

Relevant facts of the case

To answer this question, the Court heavily relied on the UNGA resolutions 1514 of 1960, 2066 of 1966, 2232 of 1966, and 2357 of 1967, and concluded that, as a result of the Chagos Archipelago’s unlawful detachment and its incorporation into a new colony, known as the British Indian Ocean Territory (BIOT), the process of decolonization of Mauritius was not lawfully completed when Mauritius acceded to independence in 1968.

The underlying rationale of the Court’s opinion is that the Lancaster House Meeting which led to the unlawful cession of Chagos Archipelago was negotiated and concluded without taking into account the ‘free and genuine expression of the will’ of the Chagossians; thus it violates the customary norm of right to self-determination of the Chagossians. However, right to self-determination, under customary international law, does not impose a specific mechanism for its implementation. The Court mainly relied on paragraph 6 of UNGA resolution 1514 which says that any disruption of the national unity and territorial integrity of a country is incompatible with the purposes and principles of the Charter. The Court said that it is incompatible with the right to self-determination for the administering power to effect any detachment of part of any territory unless such detachment is based on the freely expressed and genuine will of the people of the territory concerned.

For India, J&K is an integral part to Indian Territory, and while India is prepared to resolve all diﬀerences with Pakistan through bilateral talks as envisaged in the Shimla Agreement, the issue that remains on J&K to be resolved is the vacation by Pakistan of illegally occupied territory.

India’s claim regarding the J&K (including Pakistan occupied Kashmir-PoK, Shaksgam Valley, and Siachen Glacier) has consistently stated since 1947 that the entire territory of the J&K is an integral part of the Republic of India. Pakistan, however, denies and claims otherwise that the J&K is an issue of ‘difference’ between the two countries, and that since the Kashmir issue is yet to be resolved, the people of J&K must be allowed to exercise their right to self-determination. Pakistan believes that the integration or accession of J&K to India was not done according to the law. However, India’s official position is clear and unequivocal that the principles of self-determination are meant to apply to colonial territories and not to integral parts of countries. So far as accession of J&K to India is concerned, it is, according to India, “completely valid in terms of the Government of India Act (1935), Indian Independence Act (1947) and international law and is total and irrevocable.”

Legality of the 1963 Boundary Agreement in the light of the ICJ Advisory Opinion, February 2019

India asserts that Pakistan concluded a boundary agreement with China in 1963 where Pakistan illegally ceded 5180 sq. km of Indian Territory in PoK (known as Shaksgam Valley) to China. The Shaksgam Valley or the Trans Karakoram Tract is part of Hunza-Gilgit region and is a disputed territory claimed by India but controlled by Pakistan. This agreement was condemned and highly objected to by the Government of India. According to India, Pakistan has been in illegal and forcible occupation of approximately 78,000 sq. km of Indian Territory in the state of J&K.

In the light of the law related to the right to self-determination as propounded by the ICJ above and the facts about the transferring of the territory of Shaksgam Valley to China, Pakistan has violated rules of international law applicable to the right to self-determination. The 1963 Agreement was concluded by Pakistan – an administrating power – in violation of the customary norms of self-determination. The agreement was not concluded with the ‘free and genuine will’ of the people of J&K. Thus, the detachment of 5,180 sq. km of the Shaksgam Valley by the 1963 Boundary Agreement was unlawful as the obligations arising under international law and reflected in UNGA resolution 1514 require Pakistan, as the administrating power in PoK region, to respect the territorial integrity of that region.

Article 6 of the 1963 Agreement, however, says that “the two Parties have agreed that after the settlement of the Kashmir dispute between Pakistan and India, the sovereign authority concerned will re-open negotiations with the Government of China… so as to sign a Boundary Treaty to replace the present agreement.” Even though the 1963 Agreement was conditional, it does not change the legality of the Agreement being concluded unlawfully. The Lancaster House Meeting was also subject to one condition similar to that of 1963 Boundary Agreement. The Lancaster House Meeting in principle was adopted on the condition that the archipelago could not be ceded to any third party and would be returned to Mauritius at a later date once it was no longer needed for defense purposes, a condition which was accepted at the time by the UK. Finally, the ICJ noted that the Lancaster House Meeting was unlawful as devoid of the free consent and genuine will of the Chagossians. Thus, the detachment of the Chagos Archipelago from Mauritius to the UK was unlawful. Similarly, the 1963 Agreement was concluded without the ‘free and genuine will’ of the people of J&K and without the consent of India. In this way, the 1963 Agreement was concluded in violation of norms of international law, as it amounted to disruption of national unity and territorial integrity of the J&K and its people.

Pakistan concluded this agreement while legally believing that the ‘difference’ over J&K between the two countries (India and Pakistan) is not fully resolved in a legal sense. By concluding the boundary agreement and ceding 5180 sq. km of Shaksgam Valley to China, Pakistan has not honored the territorial integrity of the J&K which must be otherwise respected and protected to uphold the sanctity of international law.

However, it does not undermine India’s understanding regarding the right to self-determination of Kashmiri people. India not only legally believes that the J&K including Shaksgam Valley is an integral part of India, which Pakistan is unlawfully occupying, but it also claims that the ‘freely expressed and genuine will’ of the Kashmiri people has been subsumed in the Constitution of J&K adopted by the constituent assembly of the J&K in 1956. Article 3 of the Constitution says that the “State of Jammu and Kashmir is and shall be an integral part of the Union of India.” Moreover, in several subsequent local, State, and national elections, the people of J&K have repeatedly exercised their democratic choice.

Finally, Pakistan cannot be legally allowed to argue from one side that it still believes in the self-determination of the people of J&K, but on the other side, that Pakistan may conclude an international agreement with a third country ceding a substantial territorial part of the J&K to China.

Abhishek Trivedi is pursuing his Ph.D. in International Law from the Faculty of Legal Studies, South Asian University, an International University established by SAARC Nations, New Delhi. His fields of interest and research include public international law, the law of international organization, human rights law, climate change and sustainability, and international environmental law.

This Article was published on JURIST on JULY 8, 2019