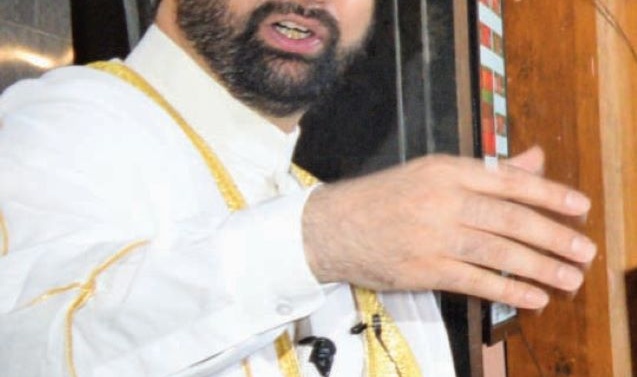 SRINAGAR: Chairman of Hurriyat Conference (M) Mirwaiz Umar Farooq said on Friday that dialogue was the only way forward on Kashmir, emphasizing that a beginning could be made by taking some Confidence Building Measures (CBM).

Addressing Friday congregational gathering at historic Jamia Masjid here Mirwaiz said there was a need to create conducive environment on Kashmir through CBMs, like release of political prisoners, youth and Hurriyat leaders languishing in jails.

“One of the biggest CBMs will be to re-open all traditional roads connecting divided parts of Kashmir including Srinagar-Muzafarabad, Poonch-Rawlakote-Chakandabagh roads so that a mutual trust is build between two nations and two sides of Kashmir,” Miwaiz said.

Mirwaiz said Governments of India and Pakistan must take steps to address concerns of people of Kashmir, win their trust and then move towards “final and dignified settlement” of Kashmir issue.

“Policies like highway ban, which is causing tremendous problems to people on a daily basis and is leading to a humanitarian situation is a totally anti-people. It is causing both physical and psychological stress to people,” Mirwaiz said, adding such measures add to peoples’ anger.

“The fact remains that even after passage of seven decades Kashmir issue is a reality, with India and Pakistan parties to it. The presence of United Nations Military Observers Groups in Indian and Pakistan continues and almost every country in the world has been urging India and Pakistan to address this (Kashmir) issue,” he said.

He asked Government of India to choose path of engagement for peaceful settlement of Kashmir issue for larger interests of people of entire south Asia.__GK News