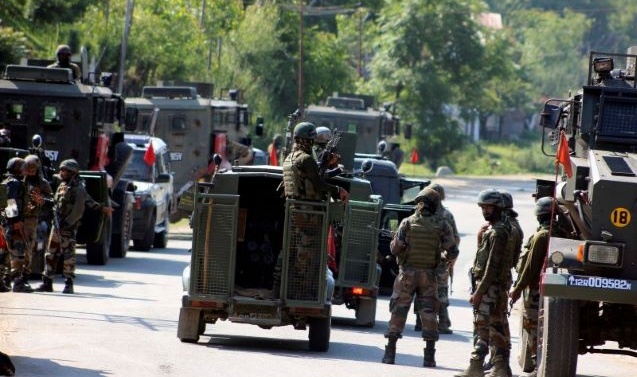 With Parliament approving a six-month extension of President’s Rule in Jammu and Kashmir, the Union government has initiated a three-pronged strategy to improve political and economic environment in the state, say officials.

The Centre’s priority areas in the state are: wining people’s trust in the administrative system, isolating militant and separatist outfits, and strengthening the panchayat system, they said.

Union Home Minister Amit Shah visited the state on June 26-27. Top officials, who attended the meetings Shah held during his visit, said they are expecting radical changes at all levels in the state in coming days.

“The Home Minister has given clear instructions to encourage transparency in administration and to deal sternly with cases of corruption,” an official told PTI, requesting anonymity.

Top security and civil administration officials said expeditious efforts are being put in to make the administration accountable, keeping in view the priorities of the new government at the Centre.

Unnecessary departments are being shelved and senior officials are being asked to establish direct contact with common masses.

Senior officials believe that the success of first-of-its-kind “Back to Village” programme reflects people’s trust in the administration.

Top officials from the Army, Central Reserve Police Force, Jammu Kashmir Police and Border Security Force said that with the help of confidence-building measures, they have managed to eliminate the fear from people’s mind to a large extent.

“For the first time in the past few years, we are witnessing a reverse trend in recruitment of locals by militant organisations,” said a top security official.

As many as 26 youths, who were missing from their villages and were believed to have joined militant organisations, were traced and handed over to their respective families, officials said.

They said that such campaign by the army and other security agencies in South Kashmir, which is the worst hit region in the state, has had a positive impact on the locals.

It has happened for the first time that there was no militancy related incident or a bandh call by separatist organisations during a visit by a Union home minister in the state, they said.

The Governor’s Rule was imposed in the state in June last year when the then chief minister Mehbooba Mufti had to resign after the BJP pulled the plug on the BJP-PDP coalition government.

As per the constitution of the state, Jammu and Kashmir cannot be under the Governor’s Rule for more than six months. Hence, President’s Rule was imposed in December 2018, which was extended for six months last week after Lok Sabha and Rajya Sabha gave its approval.

Sources said that besides directing officials to improving the security and administrative arrangement in the state, the Centre has also asked them attach priority to development works at the panchayat level.

Elections in around 4,300 panchayats in the state were held in November last year.

A top official in the administration said that they are expecting that Rs 4,000 crore will be allocated to panchayats in the Union budget and that it will give a boost to development works at the grassroots level.

Top officials in the state say that after formation of a new government in New Delhi, the attitude of people associated with political parties and those in the administration has changed.

This has rekindled the hope of a change in work culture at all levels of adminstration and strengthened the possibilities of cooperation from the common people, they said.__GK News