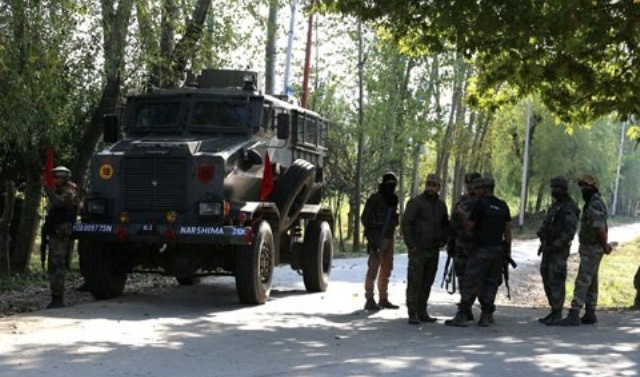 Four militants killed in a gunfight with the security forces in Daramdora area of Keegam in south Kashmir’s Shopian district on Sunday have been identified, said a police official.
He identified the slain as Showkat Ahmed Mir @ Arshad, (HM) son of Ghulam Muhammad Mir resident of Chandpora, Pulwama and Rafee Hassan Mir @Aman ul Haq, (AGH) resident of Kralchack, Suhail Ahmad Bhat son of Yusuf Bhat resident of Batmuran and Azad Ahmad resident of Bamnu, Pulwama.
Earlier, the police said a cordon and search operation was launched at Panzar area by security forces and during searches, militants fired upon the search party, leading to a gunfight.