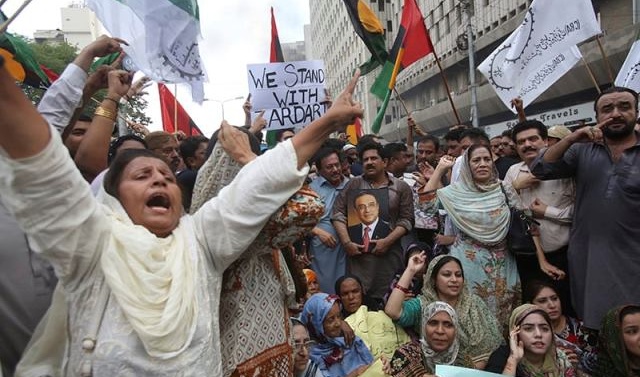 Well-placed sources within the PPP told DawnNewsTV that the party’s district wings across the country were issued instructions in this regard during the meeting.

It was decided that opposition parties would participate in a multi-party conference, and that they would proceed as a joint opposition, the sources claimed.

The sources said that the party would also protest the government’s “revenge tactics”, the budget, and the rising cost of living.

According to the party’s media cell, a protest has been called tomorrow at Karachi’s Hassan Square to protest against Zardari’s arrest.

Sindh Chief Minister Murad Shah appealed to party workers and supporters to maintain calm during their protest. “Threats and damage to private or public property are unacceptable,” he said.

Additionally, Shah said, displaying weapons or using sticks to harass people will not be tolerated. “We will take action against this sort of behaviour.”

Earlier today, former president Asif Zardari was arrested by the National Accountability Bureau in Islamabad in connection with the fake accounts case after his application seeking an extension in his pre-arrest bail was rejected.

The former president spent 11 years in jail on corruption and murder charges before becoming president in 2008. But he was never convicted and has continued to deny any wrongdoing.__Dawn.com