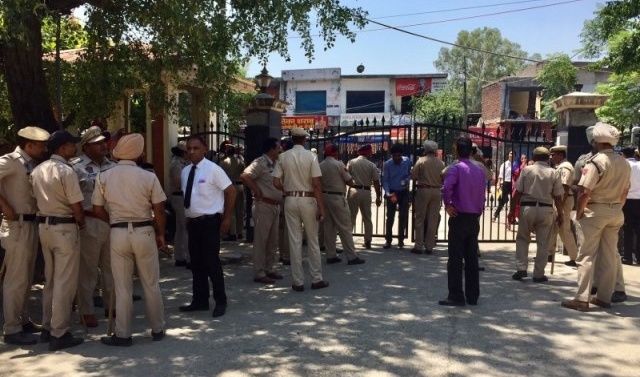 A special court in Pathankot held six out of seven persons guilty in the gangrape-and-murder of an eight-year-old nomadic girl in Kathua. One among the accused was acquitted by the court.

Ram’s son Vishal was acquitted due to lack of evidence, while an accused juvenile faces a separate trial. His trial is yet to begin as a petition to determine his age is waiting judgement in the Jammu and Kashmir High Court.

he prosecution had prayed for capital punishment to the convicts,” said Advocate Mubeen Farooqui.

he in-camera trial in the case ended on June 3, following which District and Sessions Judge Tejwinder Singh announced that the verdict would be delivered on June 10.

Elaborate security arrangements have been put in place because of the high-profile nature of the case.

According to the charge sheet, the girl, who belonged to a Muslim nomadic tribe, was kidnapped and held captive at a village temple in Kathua district on January 10 last year.

The 15-page charge sheet against the accused had said that the eight-year-old girl, who was kidnapped on January 10 last year, was raped in captivity in a small village temple in Kathua district after having been sedated for four days before she was bludgeoned to death.

She was drugged, starved and repeatedly raped for days. She was finally strangled and her head was bashed in with a rock. Her mutilated body was found in a forest area on January 17. Three days later, one of the accused — reportedly a juvenile — was arrested by police, the charge sheet said.

The Supreme Court had ordered that the case be shifted out of Jammu and Kashmir and be heard on a daily basis by the trial court in Pathankot.

The case had constrained relations between the then ruling coalition partners, PDP and the BJP after two ministers of BJP, Chowdhury Lal Singh and Chander Prakash Ganga, participated in a rally organised by the Hindu Ekta Manch in support of the accused arrested by the state crime branch.

The rape and killing of the girl had sparked outrage across the state, forcing the government to handover the case to the Crime Branch of Jammu and Kashmir Police.__GK News