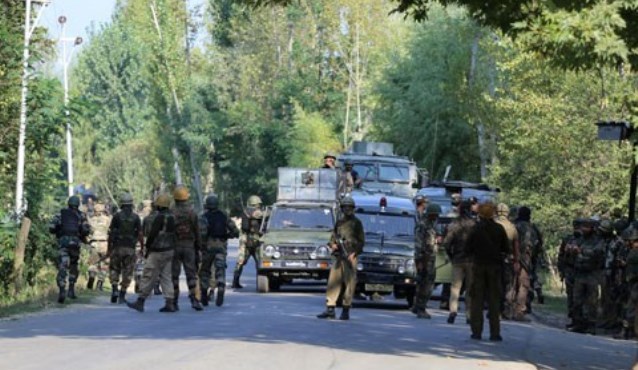 SRINAGAR: Two militants were killed in a gunfight with the security forces in Awneera area of south Kashmir’s Shopian District on Tuesday.

Reports said a joint team of Army’s 1 RR, SOG of Jammu and Kashmir Police and the CRPF launched a cordon and search operation in Awneera following inputs about the presence of militants there.

An official said that two militants were killed in the gunfight that broke out before dawn. The identity of the slain is being ascertained, he said, adding searches are underway in the area.

However, news agency GNS quoting an unnamed police officer, identified the slain duo as Sayar Ahmad Bhat son of Sanauallah of Manchowa Kulgam and Shakir Ahmad Wagay of Awneera Shopian. Both the slain, it said, were affiliated with Ansar Gazwatul Hind (AGH) militant outfit and were wanted by law in several cases.

Meanwhile, mobile Internet has been suspended in the district.__GK News