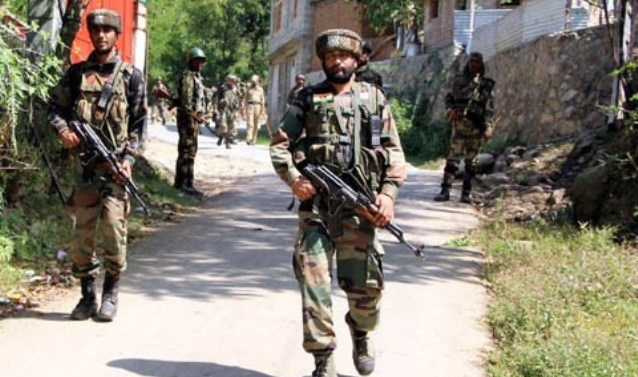 The third body recovered from the gun battle site has been identified as Jasim Ahmad Shah son of Abdul Rashid Shah of Mulnad, Shopian.

According to local residents, Shah was a civilian. However, a police official said that he would work as Over Ground Worker for the slain militants.

On a credible input, a cordon & search operation was launched by police and security forces at Dragad in Sugan area of District Shopian. Pertinently the encounter site was located in orchards and with no habitation nearby.

During the search operation, the hiding militants fired on the search party. The fire was retaliated leading to an encounter.

In the ensuing encounter, 02 listed militants along with the other one who was part of this group were killed. Bodies were retrieved from the site of encounter and handed over to the legal heirs.

Abid and Manzoor were wanted by law for their complicity in a series of crimes including attack on security establishments and civilian atrocities. Several crime cases were registered against them.

According to the police records, Abid had a history of crime records since 2016. Abid was part of groups involved in planning & executing series of attacks in the area and many other civilian atrocities.

Similarly, Manzoor was also involved in several attacks on security establishments in the area. Many crime cases were also registered against him.

Jasim, as per the records and inputs available with police coupled with the family version was missing since yesterday afternoon and was part of this group.

Incriminating materials including arms & ammunition was recovered from the site of encounter. All these materials have been taken in the case records for the purpose of investigation and to probe their complicity in other crimes.

People are requested to cooperate with police till the area is completely sanitized and cleared of all the explosives materials if any.__GK News