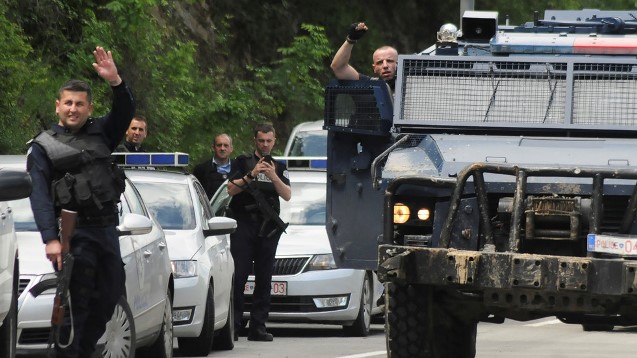 The prime minister of the unrecognized territorial entity Ramush Haradinaj said on his Facebook page that he asked the foreign ministry to declare the Russian citizen persona non grata “on the basis of the constitutional and legal powers.”

Krasnoshchekov was ordered to leave the territory of Kosovo “due to the Russian citizen’s actions against the constitutional system of Kosovo, universal humanitarian values, peace and stability,” Haradinaj said, as cited by TASS.

Kosovo police carried out raids on the territory’s northern municipalities on May 28, slightly injuring two Serbs in shootouts.

Belgrade said 28 people were detained, including Krasnoshchekov, who was later freed and reportedly taken to a hospital in Kosovska Mitrovica with head and facial injuries. He was later transferred to the Military Medical Academy in Belgrade.__RT.com