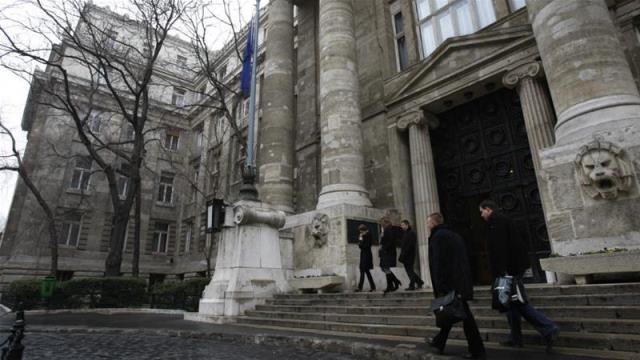 The move follows the failure of Hungary’s far-right and Eurosceptic forces to make serious inroads in the recent European Parliament elections. Hungary’s ruling Fidesz party had hoped the vote would help shift the balance of power in favour of its nationalist populist agenda.

Gergely Gulyas, head of the prime minister’s office, announced on May 30 that the cabinet had indefinitely postponed plans to create a parallel judicial system. The decision comes amid “heated European and international debates” over judicial independence, he noted.

In December, the government had approved plans for a new administrative court system, overseen by the justice minister, that would have handled cases brought against state bodies. After this week’s climbdown, such cases – often centred on electoral and corruption issues – will remain the remit of the Supreme Court.

Budapest was always likely to face renewed pressure from the EU following the failure of far-right forces to win control of the European Parliament. Hungary faces numerous legal procedures on issues including its treatment of refugees and attacks on democratic institutions.

The European Parliament voted last year to open an Article 7 procedure, the EU’s “nuclear option” that could strip Hungary of its voting rights. The country also risks losing vital EU funding under some proposals.

Hungarian Prime Minister Viktor Orban had hoped that this month’s European Parliament elections would alter the course in Brussels. He backed claims that the Europe of Nations and Freedom (ENF) – a faction of nationalist Eurosceptic parties led by Italy’s Interior Minister, Matteo Salvini – might even win control of the parliament. That support helped accelerate Fidesz’ suspension from the centre-right European People’s Party (EPP) in March.

But Orban overplayed his hand. While Fidesz dominated in Hungary, winning more than 52 percent of the vote, and Eurosceptics made decent gains across the board, mainstream parties will remain in the majority.

That leaves Hungary exposed. Membership in the EPP, the biggest faction in the parliament, has shielded Orban for years. Poland’s ruling Law & Justice party, which is aligned with the much smaller Alliance of Conservatives and Reformists in Europe (ACRE) faction, has faced far greater censure from the EU over its attacks on institutions.

“As the far-right parties did not perform as well as predicted, Orban will now offer anything to stay in the EPP,” political analyst Edit Zgut told Al Jazeera.

Orban is reverting to a tried and tested formula. Over the years, he has been swift to back down temporarily when tactically prudent.

Scrapping the judicial reform was not the only concession offered. An advertising tax that has put pressure on Hungary’s few remaining independent media outlets has been cancelled, and Fidesz also sought to distance itself from the ENF.

Orban stopped short of a total about-face, however. His main spokesman, Zoltan Kovacs, reiterated that the prime minister will not support the candidacy of the EPP’s Manfred Weber to become European Commission president. Kovacs did not respond to requests for comment.

Marton Gyongyosi is vice president of Jobbik, Hungary’s biggest opposition party. In recent years, it has moved towards the centre as Fidesz co-opted its territory on the far right. He told Al Jazeera he suspects the EPP “blackmailed” Orban into backing down.

Others worry the U-turn is a ruse.

“Orban’s ‘concessions’ are always bogus,” tweeted R Daniel Kelemen, a professor at Rutgers University. “He steps back till things cool off and then advances with power grabs.”

While Orban has postponed the judicial reforms, his government continues to threaten academic freedom with plans to put the Hungarian Academy of Sciences under direct control.

Gyongyosi says he fears such actions will increase Hungary’s isolation in the EU and provoke damaging sanctions. That, he adds, could eventually see Orban lead the country out of the bloc: “There’s nothing he wouldn’t do to retain power.”__AL Jazeera