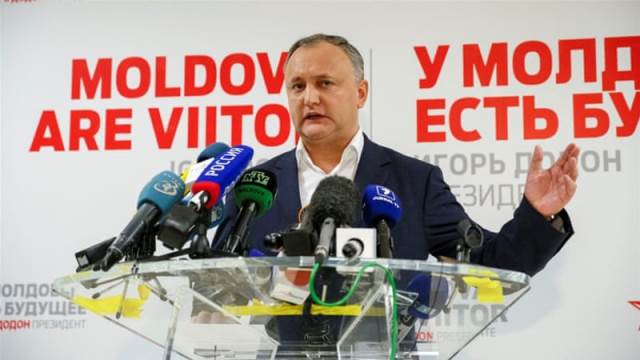 Moldova’s election has produced a hung parliament, results showed on Monday, splitting the vote between pro-Western and pro-Russian forces at a time when the ex-Soviet republic’s relations with the European Union have soured.

Corruption scandals and accusations of poisoning have tarnished the campaign.

President Igor Dodon, the former Socialist Party chief, called the campaign “one of the dirtiest in our entire history”. He and opposition figures have threatened to launch street protests, raising concerns about vote-rigging.

ACUM’s leaders claimed to have been poisoned on the orders of the authorities, which the Democratic Party dismissed as a “strange accusation”.

A quarter of citizens have left the country, according to officials. Shoes belonging to loved ones who’ve left, were on display in the capital Chisinau, highlighting those who’ve moved on for a better life in the European Union.

The EU forged a deal on trade and political ties with Moldova in 2014 but has become increasingly critical of the lack of reforms in one of Europe’s poorest countries, and relations have soured.

The EU froze aid last year, with the European Parliament declaring it “a state captured by oligarchic interests”.

However, the ruling party has trumpeted the achievements of its government under Prime Minister Pavel Filip. The economy is growing, the banking system has stabilised and cooperation with the International Monetary Fund resumed.

Russia has announced an investigation into the ruling Democratic Party leader Vladimir Plahotniuc, accusing him of involvement in organised crime. In turn the party accused Moscow of election meddling.__EuroNews